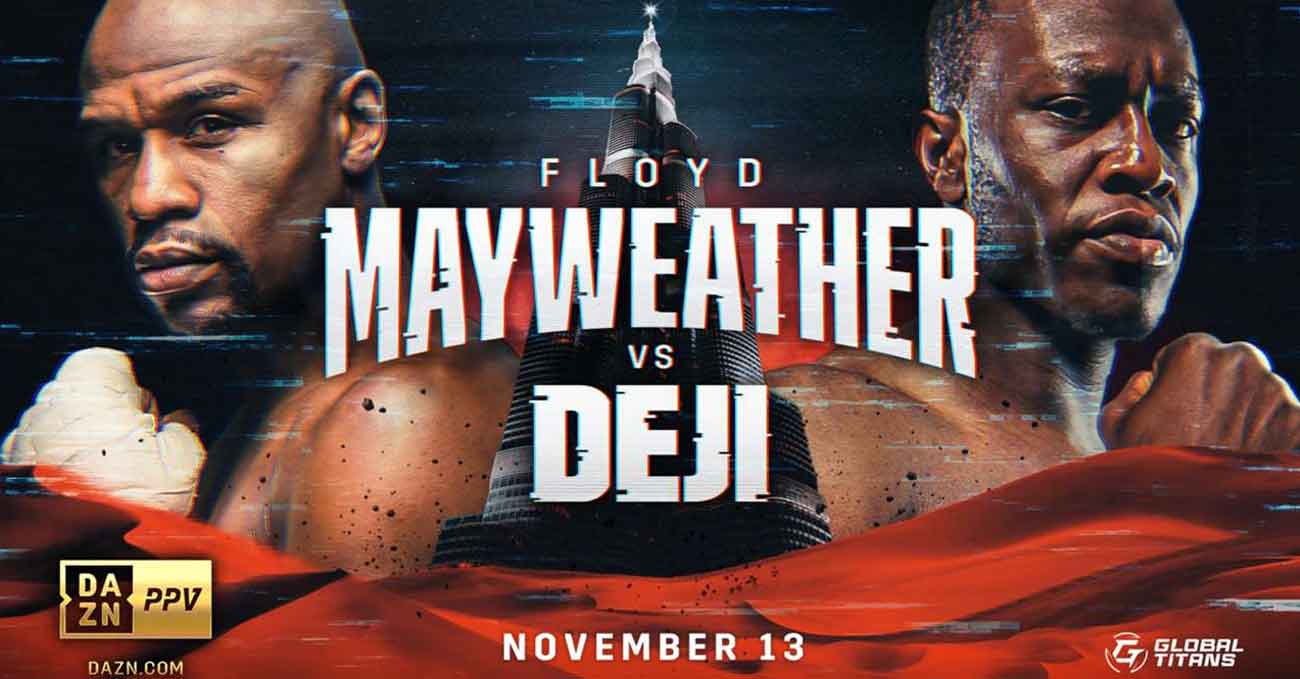 Review by AllTheBestFights.com: 2022-11-13, Floyd Mayweather Jr vs Deji Olatunji was just an exhibition, so we prefer not to rate this boxing match (take a look at our ranking of the Best Boxing Fights of 2022).
Deji vs Mayweather is scheduled to take place Sunday, November 13th, at the Coca-Cola Arena, Dubai, UAE, in a 8-round catchweight bout; it is the main event of the evening. Watch the video and rate this fight!

His opponent, the English Youtuber Deji Olatunji (brother of KSI), has an official record (combining amateur and pro matches) of 1-3-0 (1 knockout).
In his three amateur boxing bouts he has always lost: against Jake Paul, Vinnie Hacker and Alex Wassabi. While in his only professional boxing match he beat American-Palestinian YouTuber Fousey via tko.