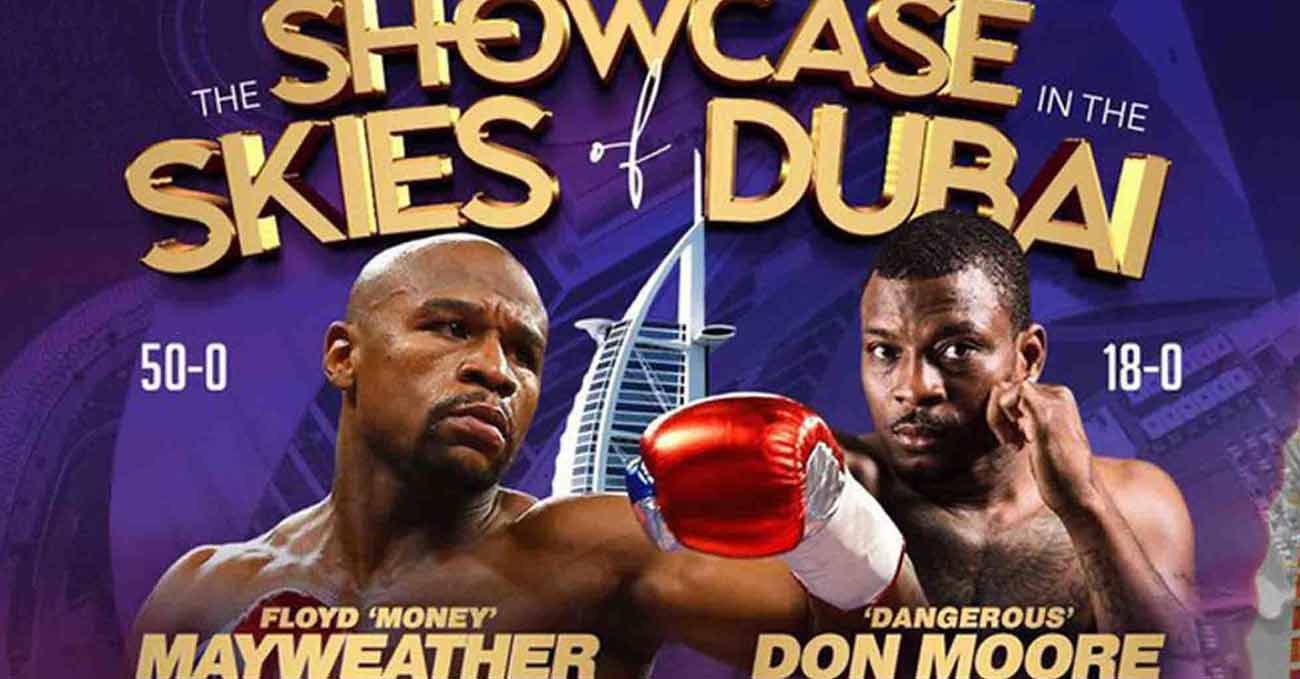 Review by AllTheBestFights.com: 2022-05-21, Floyd Mayweather Jr vs Don Moore was just an exhibition, so we prefer not to rate this boxing fight (take a look at our ranking of the Best Boxing Fights of 2022).
Moore vs Mayweather is the main event of the evening and it should be an exhibition fight. Watch the video and rate this fight!