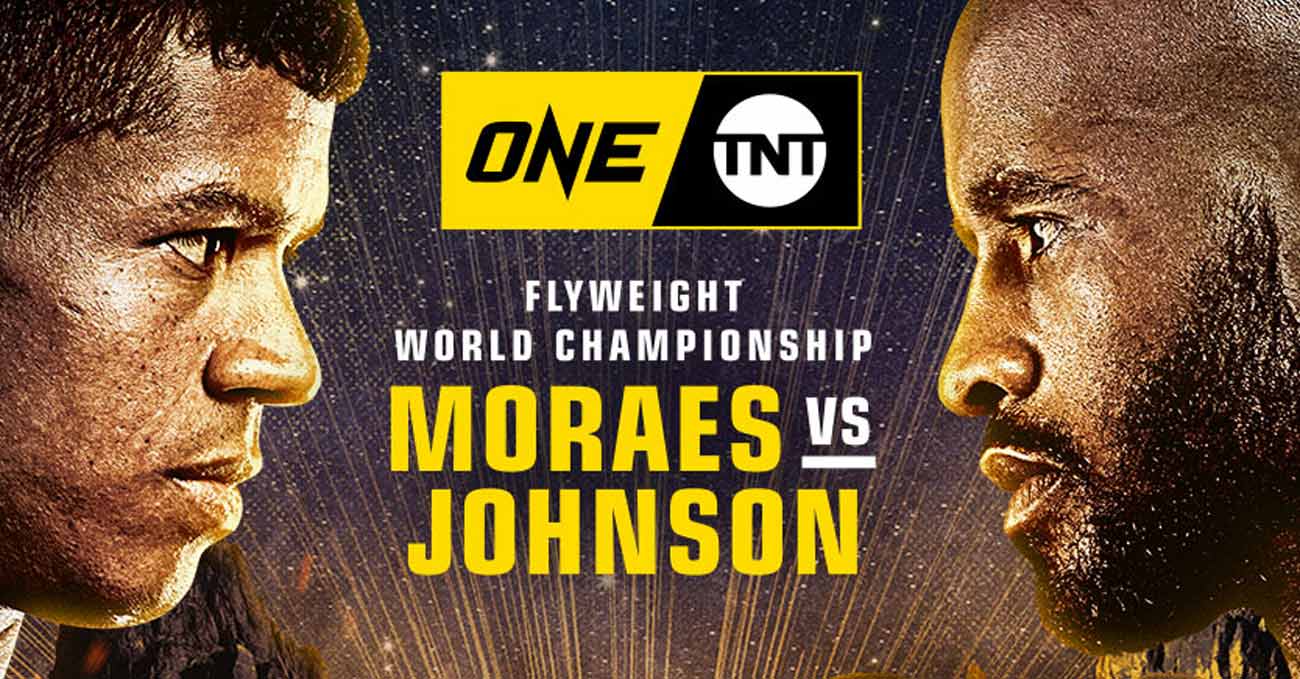 Review by AllTheBestFights.com: 2021-04-07, pretty good mma fight: Adriano Moraes vs Demetrious Johnson gets three stars.
Johnson vs Moraes is the main event of ONE on TNT 1 and it is valid for the ONE flyweight title (Moraes’ first defense); they also faced each other a second time on August 27, 2022 (Adriano Moraes vs Demetrious Johnson 2). Watch the video and rate this fight!

The black belt in Brazilian jiu-jitsu and current ONE Flw champion Adriano Moraes entered this fight with a professional mma record of 18-3-0 (67% finishing rate) but he is not ranked as he hasn’t fought since January 25, 2019 when he took revenge one Geje Eustaquio.
Before this bout he had lost to Eustaquio in 2018 but he had beat Danny Kingad and Kairat Akhmetov in 2017.

Selection of the best videos about the fight Adriano Moraes vs Demetrious Johnson. If you have seen the full fight you can rate it at the bottom of this post.