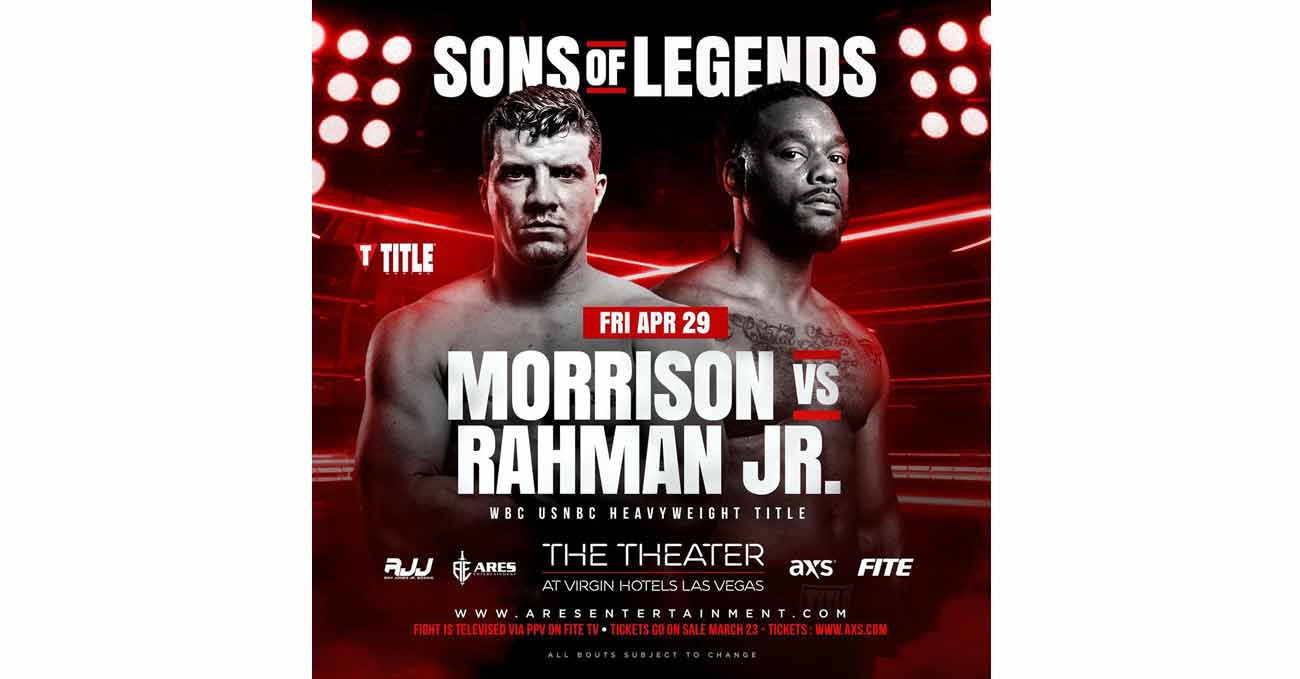 Review by AllTheBestFights.com: 2022-04-29, some good exchanges but it is not enough to get three stars: the boxing fight James McKenzie Morrison vs Hasim Rahman Jr gets two (take a look at our ranking of the Best Boxing Fights of 2022).
Rahman vs Morrison is the main event of the evening and it is valid for the vacant WBC United States (USNBC) heavyweight title. Watch the video and rate this fight!

The undefeated James McKenzie Morrison (son of Tommy Morrison) entered this fight with a professional boxing record of 19-0-2 (17 KOs=89%) and he is ranked as the No.148 heavyweight in the world.
In his last three fights he has won over Keenan Hickmon, Tony Lopez and Skylar Thompson.

His opponent, the undefeated Hasim Rahman Jr (son of Hasim Rahman), has a perfect record of 12-0-0 (6 knockouts) and he entered as the No.216 in the heavyweight division.
He fought three times last year beating Alejandro de la Torre, Mario Rodriguez Juarez and Nathan Bedwell.