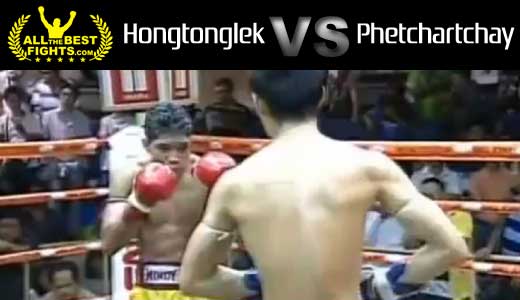 Review: 2012-03-12, aggressive start and heavy exchanges in the first round that ends with a nice knockdown (Phetchartchay, red trunks, goes to the canvas). The second period is even better: Phetchartchay Chaoraiooy keeps going forward but suffers two knockdowns and some brutal shots… A savage fight like this could happen just in Thailand, but we love it: Phetchartchay Chaoraiooy vs Hongtonglek Chor Fahpiansi gets five stars, candidate for Muay Thai Fight of the Year 2012. Fight held at Siam Omnoi Boxing Stadium (ex Channel 3 stadium, Thailand). Watch the video!