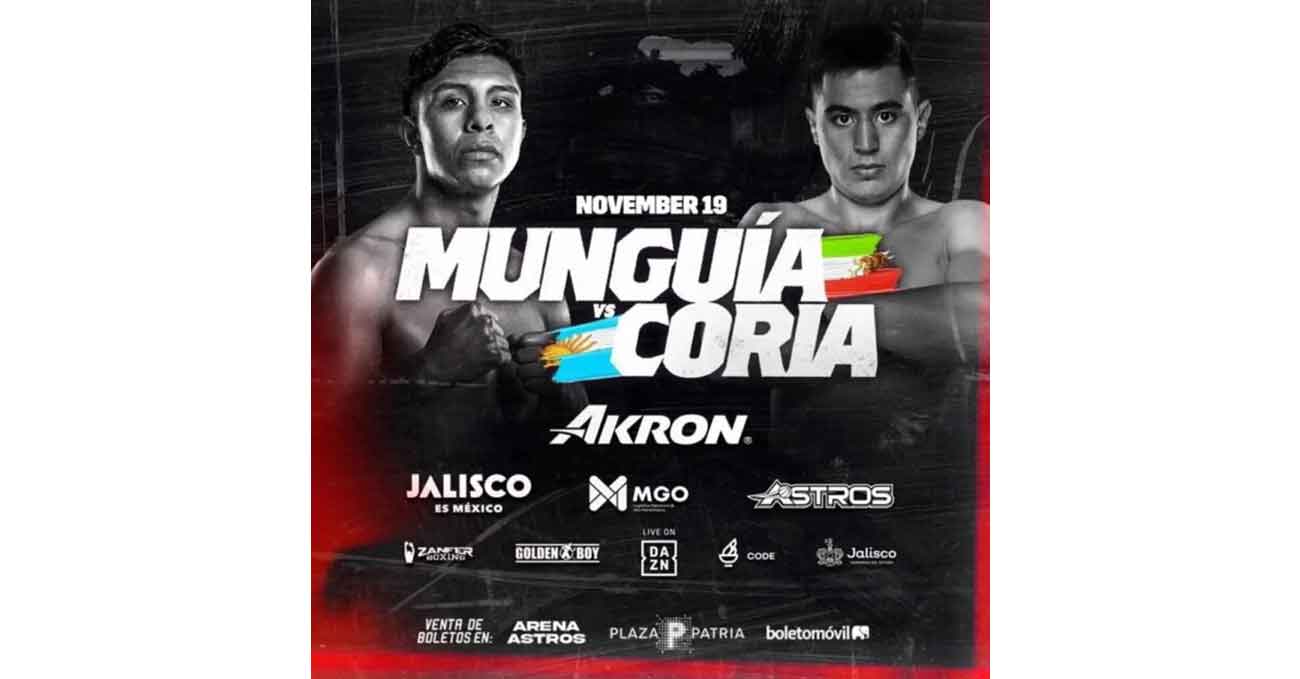 Review by AllTheBestFights.com: 2022-11-19, disappointing boxing match: Jaime Munguia vs Gonzalo Gaston Coria gets two stars (take a look at our ranking of the Best Boxing Fights of 2022).
Coria vs Munguia is scheduled to take place Saturday, November 19th, at the Arena Astros in Guadalajara (Mexico), in a 10-round middleweight (160 lbs, 72.6 kg) bout; it is the main event of the evening. Watch the video and rate this fight!

His opponent, Gonzalo Gaston Coria, has an official record of 21-5-0 (8 knockouts) and he entered as the No.68 in the middleweight division.
He lost to Fiodor Czerkaszyn last year but then he has beat David Benitez, Jesus Aviles and Emiliano Exequiel Pucheta.