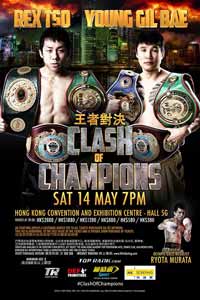 Review by AllTheBestFights.com: 2016-05-14, disappointing fight between Ryota Murata and Felipe Santos Pedroso: it gets two stars.

The undefeated 2012 Olympic Mw gold medalist Ryota Murata entered this fight with a perfect record of 9-0-0 (6 knockouts) and he is ranked as the No.18 middleweight in the world while his opponent, Felipe Santos Pedroso, has a boxing record of 13-1-0 (11 KOs=85%). Both boxers have already fought once in 2016: Murata has beat Gaston Alejandro Vega (=Murata vs Vega) while Pedroso has defeated Antonuce Conceicao. Murata vs Pedroso is on the undercard of Rex Tso vs Young Gil Bae. Watch the video and rate this fight!