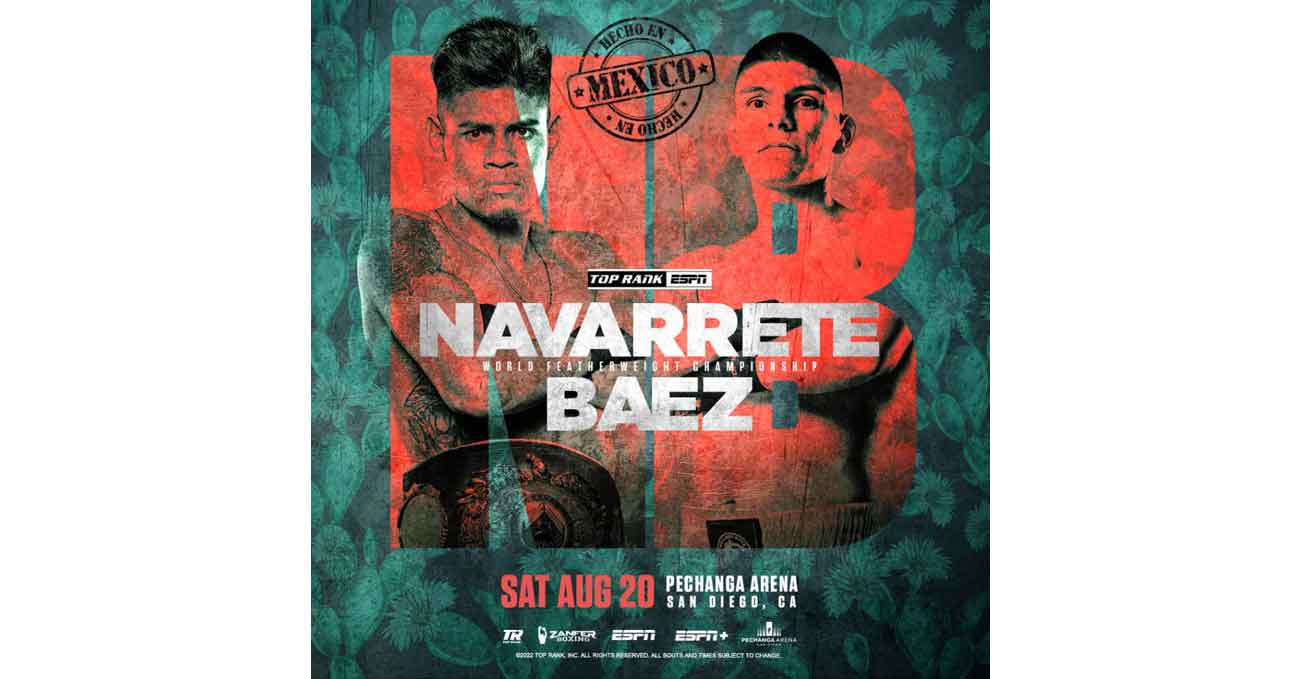 Review by AllTheBestFights.com: 2022-08-20, nice exchanges with a pretty good finish: the boxing match Emanuel Navarrete vs Eduardo Baez gets three stars (take a look at our ranking of the Best Boxing Fights of 2022).
Baez vs Navarrete is scheduled to take place Saturday, August 20th, at the Pechanga Arena in San Diego (California, USA), in a 12-round featherweight (126 lbs, 57.2 kg) bout; it is the main event of the evening and it is valid for the WBO World featherweight title (Navarrete’s thirs defense). Watch the video and rate this fight!

His opponent, Eduardo Baez, has an official record of 21-2-2 (7 knockouts) and he entered as the No.20 in the featherweight division.
He was defeated by Raeese Aleem in 2021 (Raeese Aleem vs Eduardo Baez) but he came back to win with Jose Enrique Durantes Vivas in March 2022.