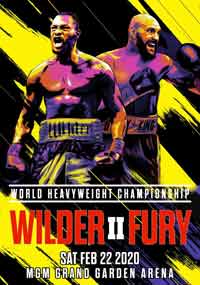 Review by AllTheBestFights.com: 2020-02-22, some good exchanges between Emanuel Navarrete and Jeo Santisima but it is not enough to get three stars: it gets two.

The Wbo super-Bw champion Emanuel Navarrete entered this fight with a record of 30-1-0 (26 KOs=87%) and he is ranked as the No.1 super bantamweight in the world. He suffered his only loss when he faced Daniel Argueta in 2012, since then he has won 25 consecutive bouts defeating Francisco De Vaca (Emanuel Navarrete vs Francisco De Vaca), Juan Miguel Elorde (Emanuel Navarrete vs Juan Miguel Elorde) and Francisco Horta in his last three (Emanuel Navarrete vs Francisco Horta).
His opponent, Jeo Santisima, has a boxing record of 19-2-0 (16 KOs=84%) and he entered as the No.63 in the same weight class. He was defeated by Marlon Arcilla in 2014 but since then he has collected 17 victories beating Alvius Maufani and Rene Dacquel in 2019. Navarrete vs Santisima is valid for the WBO World super bantamweight title (Navarrete’s fifth defense); undercard of Deontay Wilder vs Tyson Fury 2. Watch the video and rate this fight!