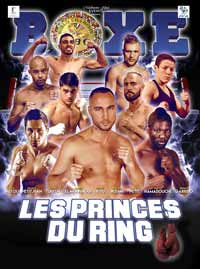 The former Wbo Mw champion Hassan N’Dam N’Jikam entered this fight with a pro boxing record of 32-2-0 (18 knockouts) and he is ranked as the No.17 middleweight in the world while his opponent, Robert Swierzbinski, has a record of 16-5-1 (3 knockouts). N’Dam lost to David Lemieux in 2015 (=Lemieux vs N’Dam) but he came back to win in 2016 beating Patrick Mendy (=N’Dam vs Mendy). N’Dam vs Swierzbinski is on the undercard of Mehdi Amar vs Serhiy Demchenko 2. Watch the video and rate this fight!