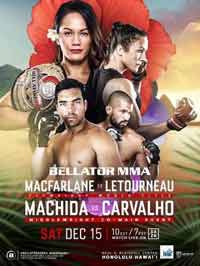 Review by AllTheBestFights.com: 2018-12-15, good ground game but the fight was not very exciting: Neiman Gracie vs Ed Ruth gets two stars.

Both undefeated, the black belt in Brazilian jiu-jitsu Neiman Gracie entered this fight with a perfect mma record of 8-0-0 (88% submission victory rate – he has never won via ko/tko) and he is ranked as the No.108 welterweight in the world while his opponent, the 3 times NCAA D1 wrestling champ and 4 times All-American Ed Ruth, has an official record of 6-0-0 (83% ko/tko victory rate – he has never won via submission) and he entered as the No.121 in the same weight class. In their last three bouts Gracie has defeated Dave Marfone, Zak Bucia and Javier Torres (Neiman Gracie vs Javier Torres) while Ruth has beat Chris Dempsey, Ion Pascu and Andy Murad. Gracie vs Ruth is the quarter-final of the Bellator welterweight World Grand Prix tournament; undercard of Ilima-Lei Macfarlane vs Valerie Letourneau – Bellator 213. Watch the video and rate this fight!