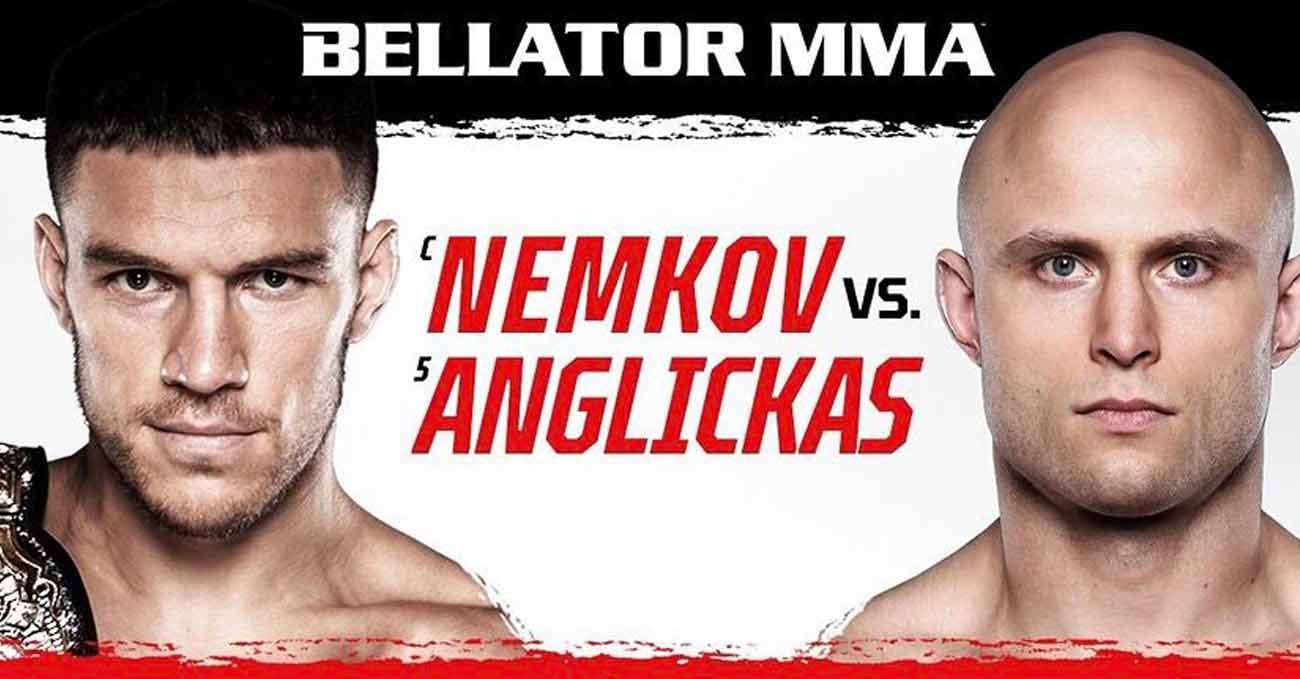 Review by AllTheBestFights.com: 2021-10-16, pretty good mma fight: Vadim Nemkov vs Julius Anglickas gets three stars (take a look at our ranking of the Best Mma Fights of 2021).
Anglickas vs Nemkov, main event of Bellator 268, is the semi-final of the Bellator light heavyweight World Grand Prix tournament and it is also valid for the Bellator light-Hw title. Watch the video and rate this fight!

The current Bellator light-Hw and four time Combat Sambo world champion Vadim Nemkov entered this fight with a pro mma record of 13-2-0 (85% finishing rate) and he is ranked as the No.2 light heavyweight in the world (currently the #1 in this division is Jan Blachowicz).
He suffered two consecutive losses between 2015 and 2016, against Jiri Prochazka (Jiri Prochazka vs Vadim Nemkov) and Karl Albrektsson, but then he has won eight matches beating Ryan Bader (Ryan Bader vs Vadim Nemkov) and Phil Davis in his last two (Vadim Nemkov vs Phil Davis 2).

His opponent, Julius Anglickas, has a record of 10-1-0 (70% finishing rate) and he entered as the No.27 in the light heavyweight division.
He suffered his only loss when he faced Cameron Olson in 2016 (it was his second professional bout), since then he has won nine consecutive matches defeating Alex Polizzi and Gregory Milliard in his last two.