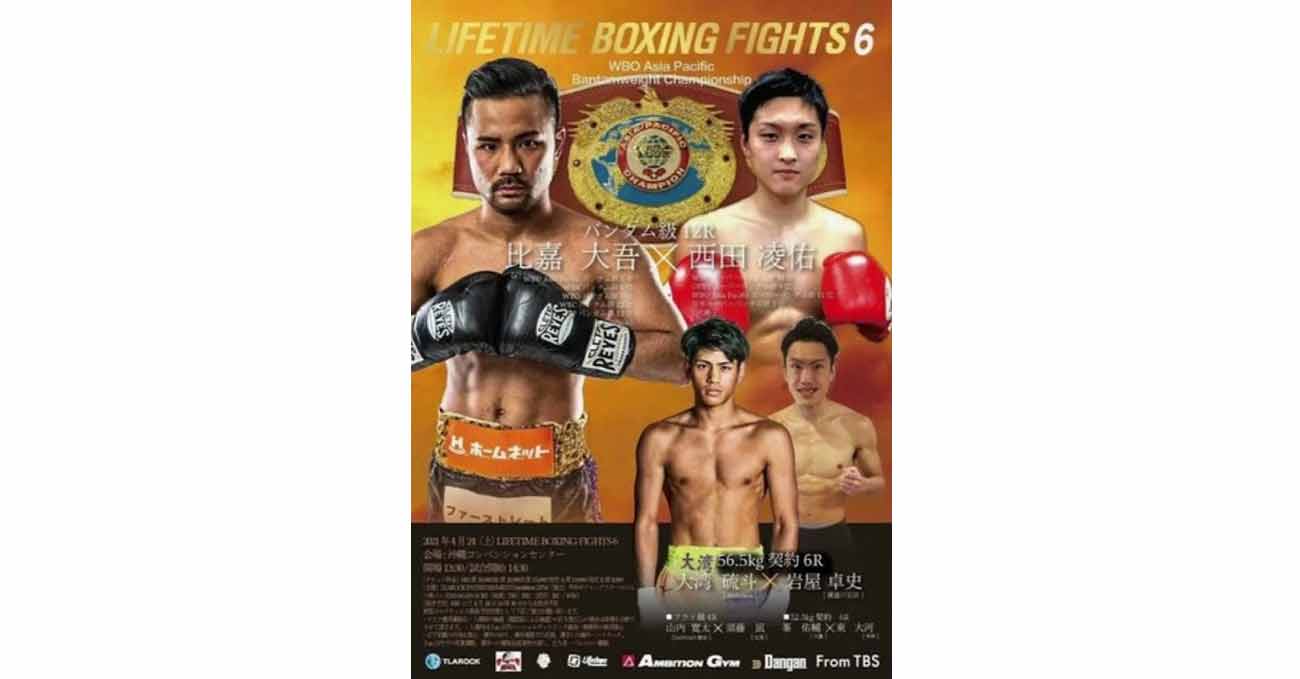 Review by AllTheBestFights.com: 2021-04-24, boxing fight not so exciting: Daigo Higa vs Ryosuke Nishida gets two stars.
Nishida vs Higa is the main event of the evening and it is valid for the WBO Asia Pacific bantamweight title. Watch the video and rate this fight!

The former Wbc Flw champion Daigo Higa entered this fight with a boxing record of 17-1-1 (17 KOs=100%) and he is ranked as the No.12 bantamweight in the world.
He suffered his only loss when he faced Cristofer Rosales in 2018 (Daigo Higa vs Cristofer Rosales), since then he has collected one draw, with Seiya Tsutsumi, and two victories, with Jason Buenaobra and Yuki Strong Kobayashi.

His opponent, the undefeated Ryosuke Nishida, has a perfect record of 3-0-0 (1 knockout) and he entered as the No.60 in the bantamweight division.
In his three previous matches he has won over Sakol Ketkul, Pablito Canada and Shohei Omori.

Selection of the best videos about the fight Daigo Higa vs Ryosuke Nishida. If you have seen the full fight you can rate it at the bottom of this post.