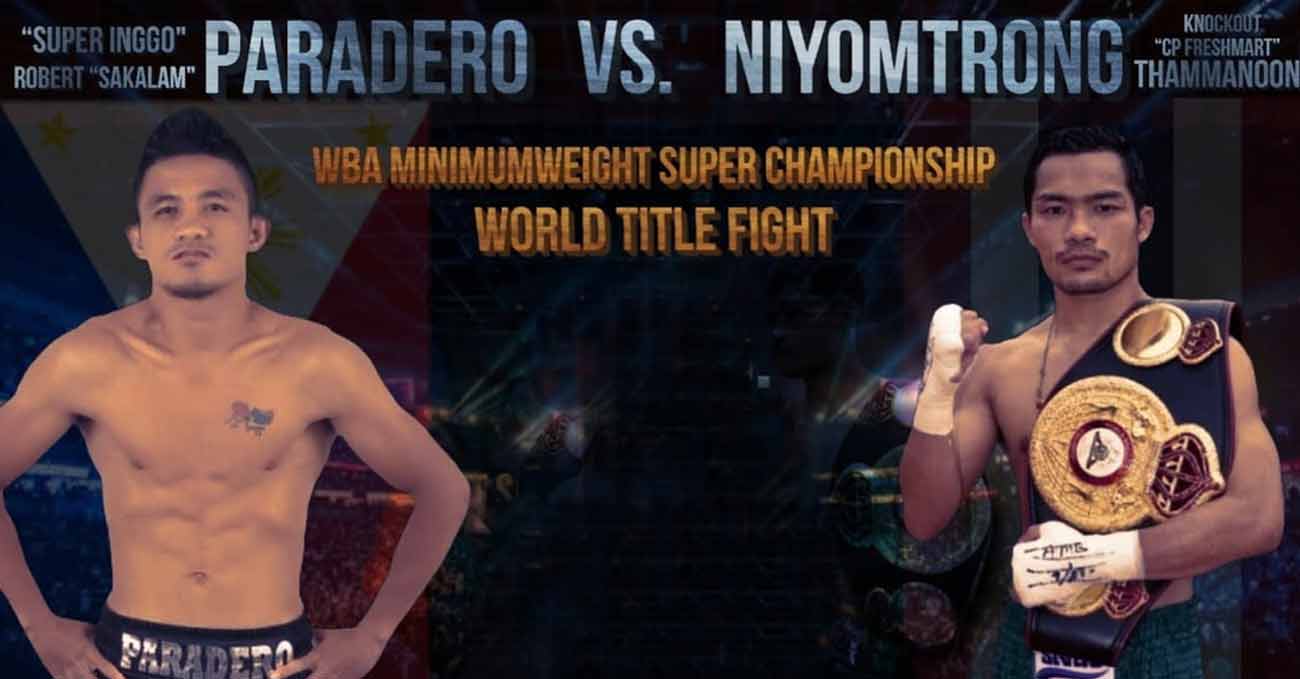 Review by AllTheBestFights.com: 2021-12-14, pretty good boxing fight: Knockout CP Freshmart vs Robert Paradero gets three stars (take a look at our ranking of the Best Boxing Fights of 2021).
Paradero vs CP Freshmart is the main event of the evening and it is valid for the WBA Super World minimumweight title. Watch the video and rate this fight!

His opponent, Robert Paradero, has an official record of 18-1-0 (12 knockouts) and he entered as the No.14 in the minimumweight division.
In his last three matches he has beat Royder Lloyd Borbon and Jonathan Almacen but then he has lost to Victorio Saludar (Robert Paradero vs Victorio Saludar).