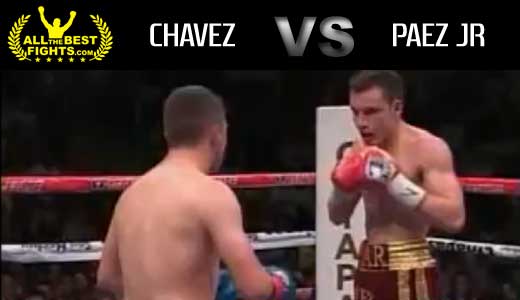 Review: 2011-12-17, amazing toe-to-toe fight between Omar Chavez, youngest son of Julio Cesar Chavez (21 years old) and Jorge Paez Jr (24 years old), son of the former WBO and IBF featherweight champion Jorge Paez. The fight was very close and certainly it was one of the most exciting fights of 2011 therefore we want to reward these two young fighters with five stars. The undefeated Omar Chavez entered the fight with a record of 27-0-1 while Jorge Paez Jr had a record of 29-4-1. Watch the video!