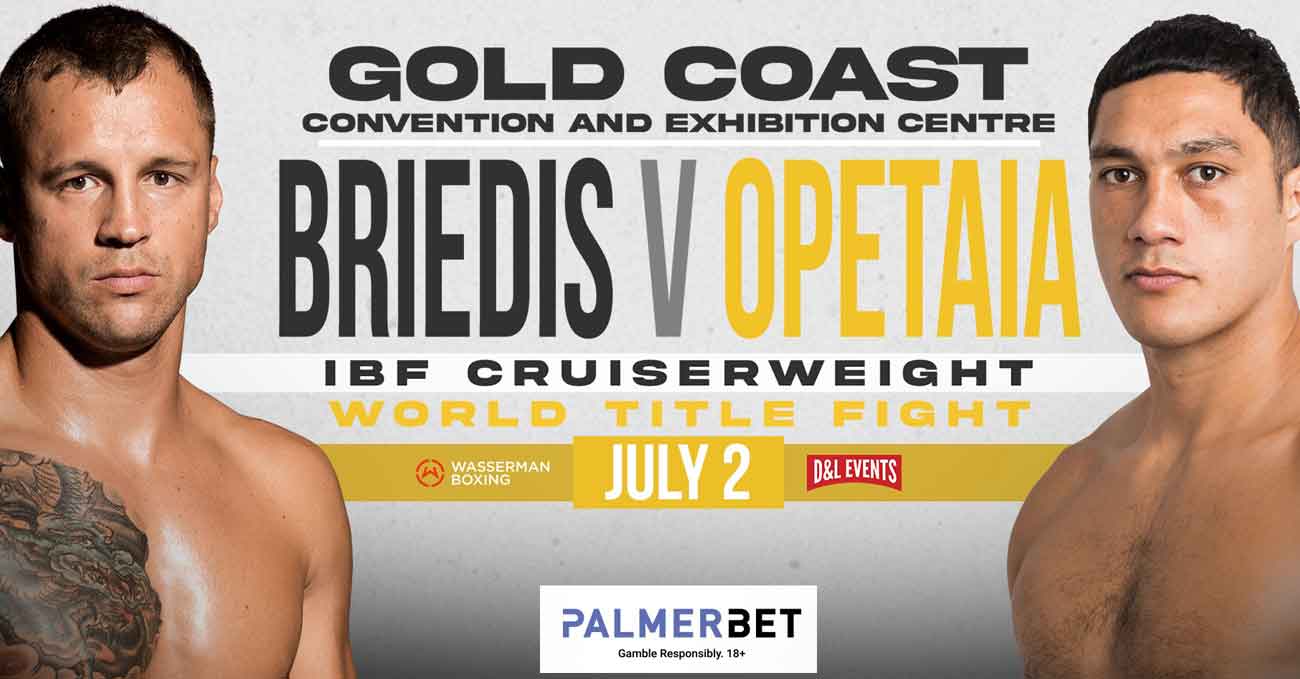 Review by AllTheBestFights.com: 2022-07-02, pretty good boxing fight: Mairis Briedis vs Jai Opetaia gets three stars (take a look at our ranking of the Best Boxing Fights of 2022).
Opetaia vs Briedis is the main event of the evening and it is valid for the IBF World cruiserweight title (Briedis’ second defense). Watch the video and rate this fight!

His opponent, the undefeated former Olympian Jai Opetaia, has a perfect record of 21-0-0 (17 KOs=81%) and he entered as the No.35 in the cruiserweight division.
In his last three matches he has beat Mark Flanagan, Benjamin Kelleher (Jai Opetaia vs Benjamin Kelleher 2) and Daniel Russell.