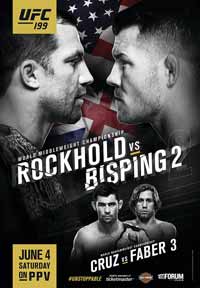 Review by AllTheBestFights.com: 2016-06-04, pretty good finish between Brian Ortega and Clay Guida but it is not enough to get three stars: it gets two.

The undefeated black belt in Brazilian jiu-jitsu Brian Ortega entered this fight with a perfect record of 10-0-0 (60% finishing rate) and he is ranked as the No.16 featherweight in the world. He has already fought once in 2016 beating Diego Brandao (=Ortega vs Brandao).
His opponent, the former Strikeforce Lw champion Clay Guida, has a mma record of 32-16-0 (60% finishing rate) and he entered as the No.20 in the same weight class. He fought twice last year beating Robbie Peralta (=Guida vs Peralta) and losing to Thiago Tavares. Ortega vs Guida is on the undercard of Luke Rockhold vs Michael Bisping 2 – UFC 199. Watch the video and rate this fight!