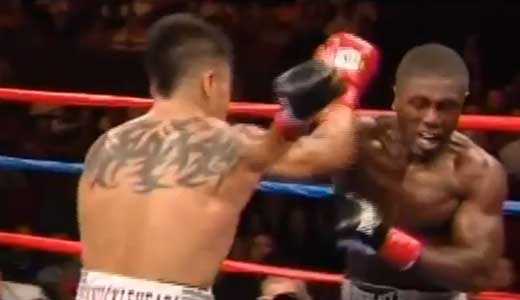 Review: 2011-04-16, if Ortiz and Berto had fought throughout the fight as the first six rounds, this match could be a candidate for Fight of the Year 2011 since both fighters went to the canvas and the fight was very exciting, but the second part of the bout is not as spectacular as the first one: four stars. The undefeated Andre Berto entered the fight with a record of 27-0-0 while Victor Ortiz had a record of 28-2-2. Berto vs Ortiz is valid for the WBC welterweight title; they also faced each other a second time on April 30, 2016 (=Berto vs Ortiz 2). Watch the video!