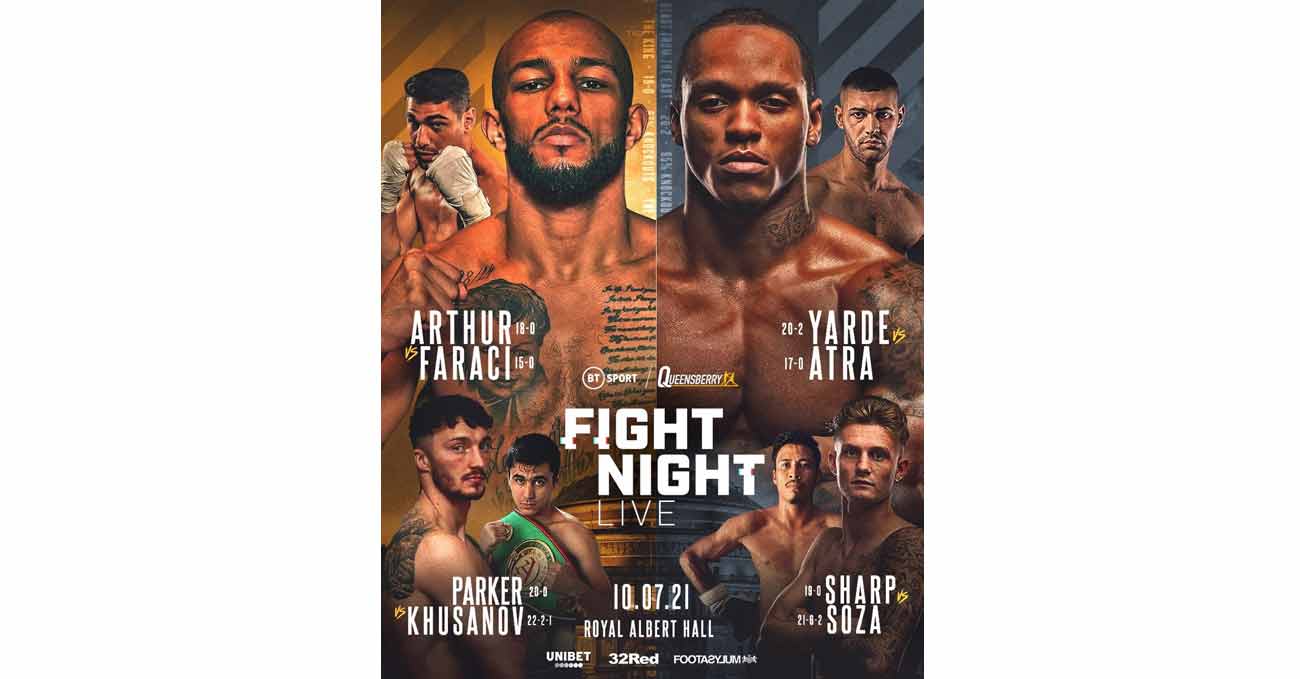 Review by AllTheBestFights.com: 2021-07-10, pretty good finish but it is not enough to get three stars: the boxing fight Zach Parker vs Sherzod Khusanov gets two (take a look at our ranking of the Best Boxing Fights of 2021).
Khusanov vs Parker is valid for the WBO International super-middleweight title; undercard of Lyndon Arthur vs Davide Faraci. Watch the video and rate this fight!

His opponent, the two time Olympian Sherzod Khusanov, has a boxing record of 22-2-1 (10 knockouts) and he entered as the No.32 in the super middleweight division.
He lost two out of his last three bouts, against Damian Jonak and Aslambek Idigov, between these two fights he defeated Robert Parzeczewski.