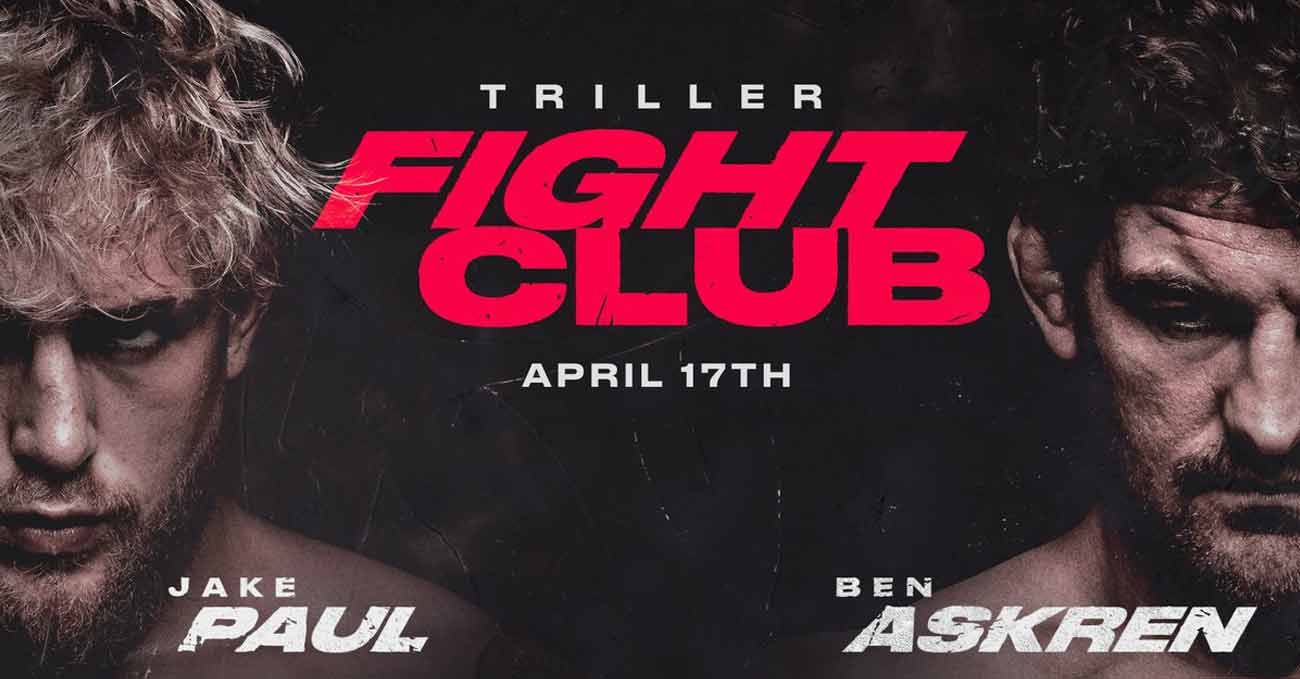 Review by AllTheBestFights.com: 2021-04-17, we are sorry we have to post a bout like this one and call it a ‘boxing fight’…our society based on appearance and influencers is destroying the world and also boxing: Jake Paul vs Ben Askren gets two stars.
Askren vs Paul is the main event of the evening – Triller Fight Club. Watch the video and rate this fight!

The American YouTuber, Internet influencer, actor and musician Jake Paul entered this fight with a pro boxing record of 2-0-0 (2 KOs=100%) and he is ranked as the No.838 cruiserweight in the world.
In his previous two matches he has won over the Youtuber and social media influencer AnEsonGib (Jake Paul vs AnEsonGib) and over former NBA basketball player Nate Robinson (Jake Paul vs Nathaniel Robinson).
Jake is also the brother of Logan Paul, another famous YouTuber (who fought in November 2019 in the rematch with KSI, KSI vs Logan Paul 2), and they both fought on February 24, 2018 in an amateur bout in which Jake defeated Deji (brother of KSI) in five rounds.

His opponent, the former Ufc fighter, Bellator Ww and ONE FC champion Ben Askren, has an official mma record of 19-2-0 (63% finishing rate) but he is not ranked as he hasn’t fought since he retired from MMA on October 2019.
Askren is at his professional boxing debut but in his last three mixed martial arts bouts he beat Robbie Lawler (match ranked in the top 10 Users’ mma Fights of the Year 2019, Robbie Lawler vs Ben Askren), but then he suffered two consecutive losses, against Jorge Masvidal (4-stars fight, Ben Askren vs Jorge Masvidal) and Demian Maia (Demian Maia vs Ben Askren).

Selection of the best videos about the fight Jake Paul vs Ben Askren. If you have seen the full fight you can rate it at the bottom of this post.