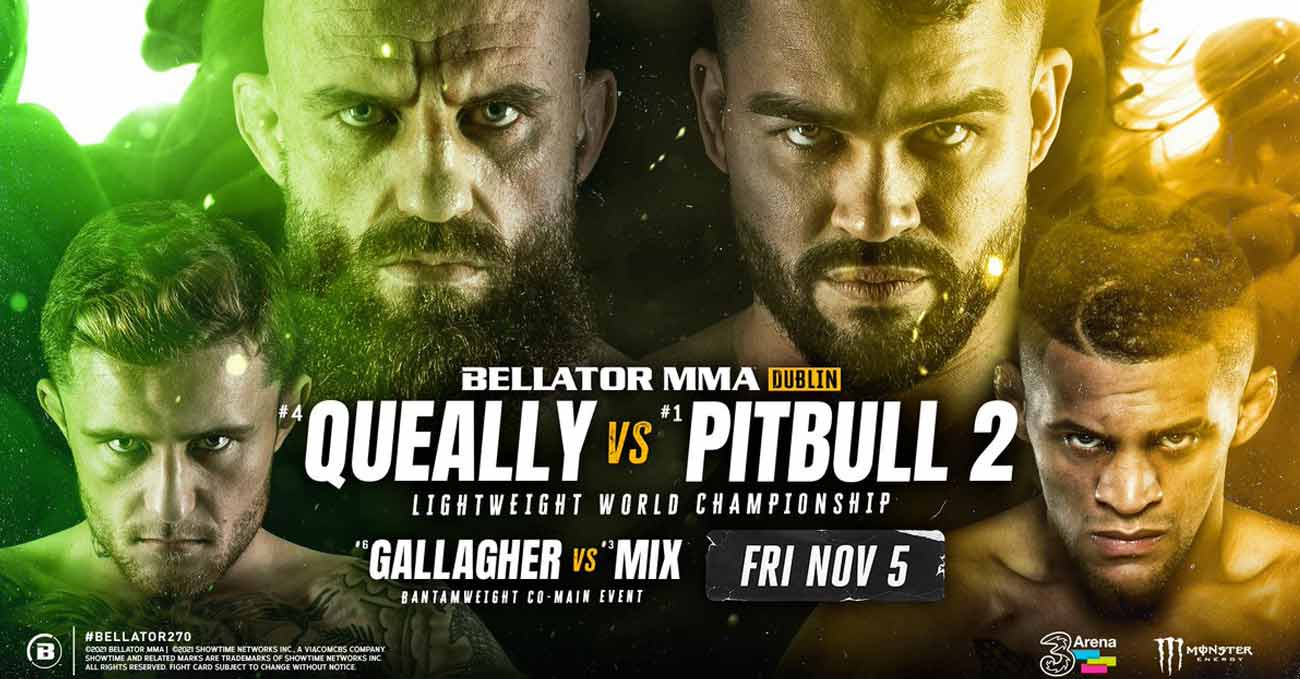 Review by AllTheBestFights.com: 2021-11-05, pretty good finish but it is not enough to get three stars: the mma fight Peter Queally vs Patricky Freire 2 gets two (take a look at our ranking of the Best Mma Fights of 2021).
Pitbull vs Queally 2 is the main event of Bellator 270 (also known as Bellator Dublin) and it is valid for the vacant Bellator lightweight title. Watch the video and rate this fight!

Peter Queally entered this fight with a professional mma record of 13-5-1 (23% ko/tko victory rate – he has never won via submission) and he is ranked as the No.33 lightweight in the world.
He lost to Myles Price in 2019 but then he has beat Ryan Scope and Patricky Freire (in their first fight, Patricky Freire vs Peter Queally).