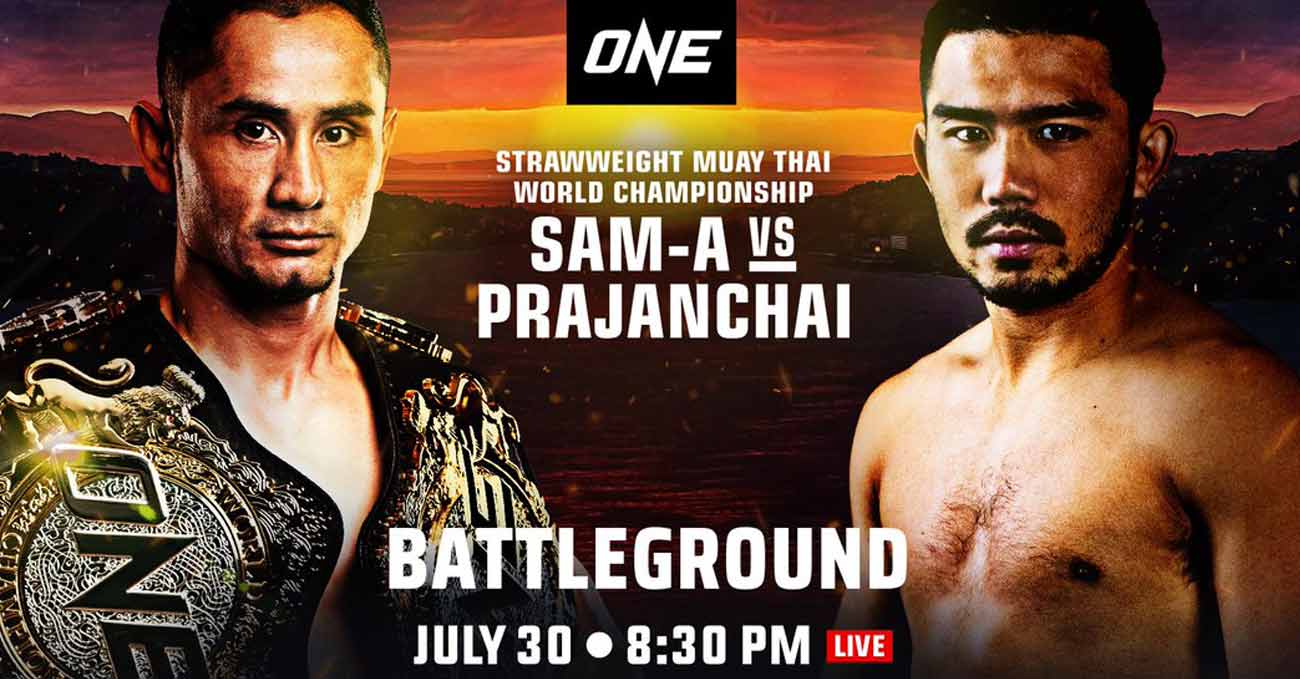 Review by AllTheBestFights.com: 2021-07-30, some good exchanges but it is not enough to get three stars: the muay thai fight Sam-A Gaiyanghadao vs Prajanchai PK Saenchaimuaythaigym gets two (take a look at our ranking of the Best Kickboxing Fights of 2021).
Prajanchai vs Sam-A is the main event of ONE Championship Battleground and it is valid for the ONE Muay Thai strawweight title. Watch the video and rate this fight!

The former Lumpinee, Toyota Marathon and current ONE FC muay thai champion Sam-A Gaiyanghadao entered this fight with a professional kickboxing record of 370-47-9 and he is ranked as the No.6 featherweight in the world.
He was defeated by Jonathan Haggerty in 2019 but then he has won four consecutive matches beating Darren Rolland, Wang Junguang, Rocky Ogden and Josh Tonna.

His opponent, the former Lumpinee and Rajadamnern champ Prajanchai PK Saenchaimuaythaigym, has an official record of 337-51-3 and he entered as the No.1 in the super bantamweight division.
He was defeated by Kompetch Sitsarawatsuer in October 2020 but then he took revenge on him in December and he also beat Ronachai Tor.Ramintra in March 2021.