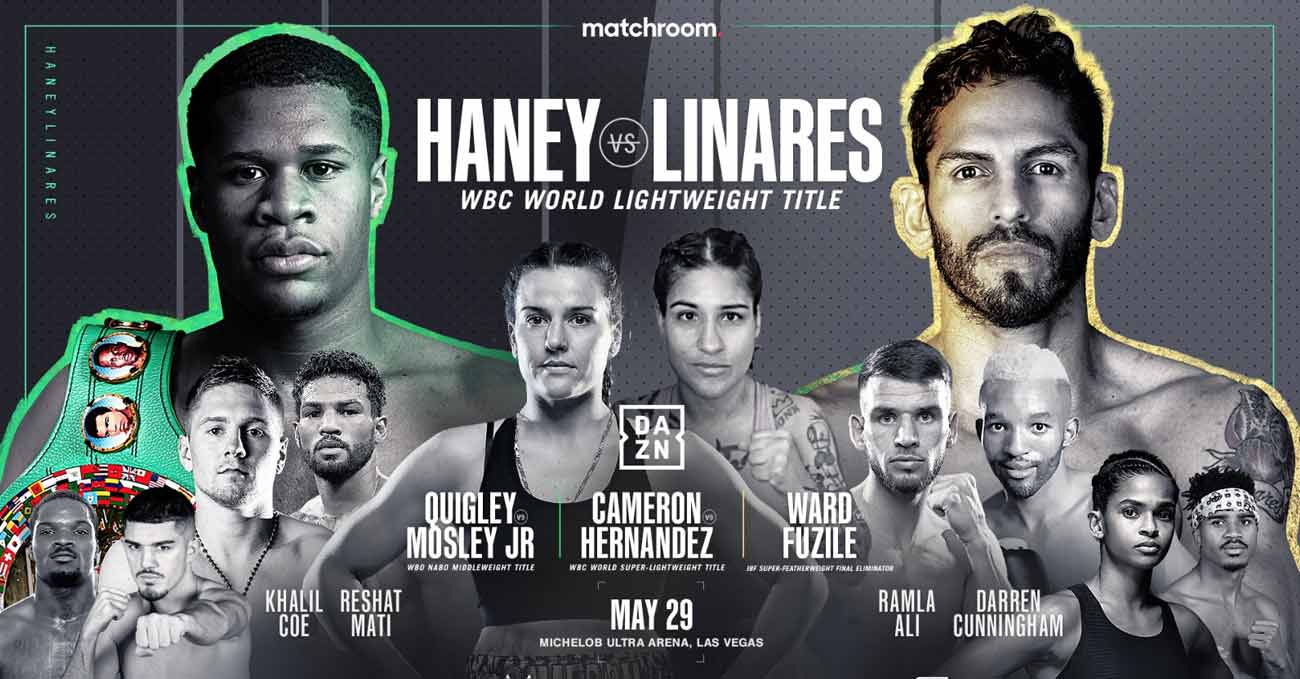 Review by AllTheBestFights.com: 2021-05-29, close boxing fight but not so exciting: Jason Quigley vs Shane Mosley Jr gets two stars (take a look at our ranking of the Best Boxing Fights of 2021).
Mosley vs Quigley is on the undercard of Devin Haney vs Jorge Linares. Watch the video and rate this fight!

Jason Quigley entered this fight with a pro record of 18-1-0 (14 knockouts) and he is ranked as the No.37 middleweight in the world.
He suffered his only loss when he faced Tureano Johnson in 2019 but then he has defeated Abraham Cordero and Fernando Marin.

His opponent, Shane Mosley Jr, has an official boxing record of 17-3-0 (10 knockouts) and he entered as the No.42 in the middleweight division.
He was defeated by Brandon Adams in 2018 but then he has won four consecutive matches beating Jeremy Ramos and Cristian Olivas in his last two.

Selection of the best videos about the fight Jason Quigley vs Shane Mosley Jr. If you have seen the full fight you can rate it at the bottom of this post.