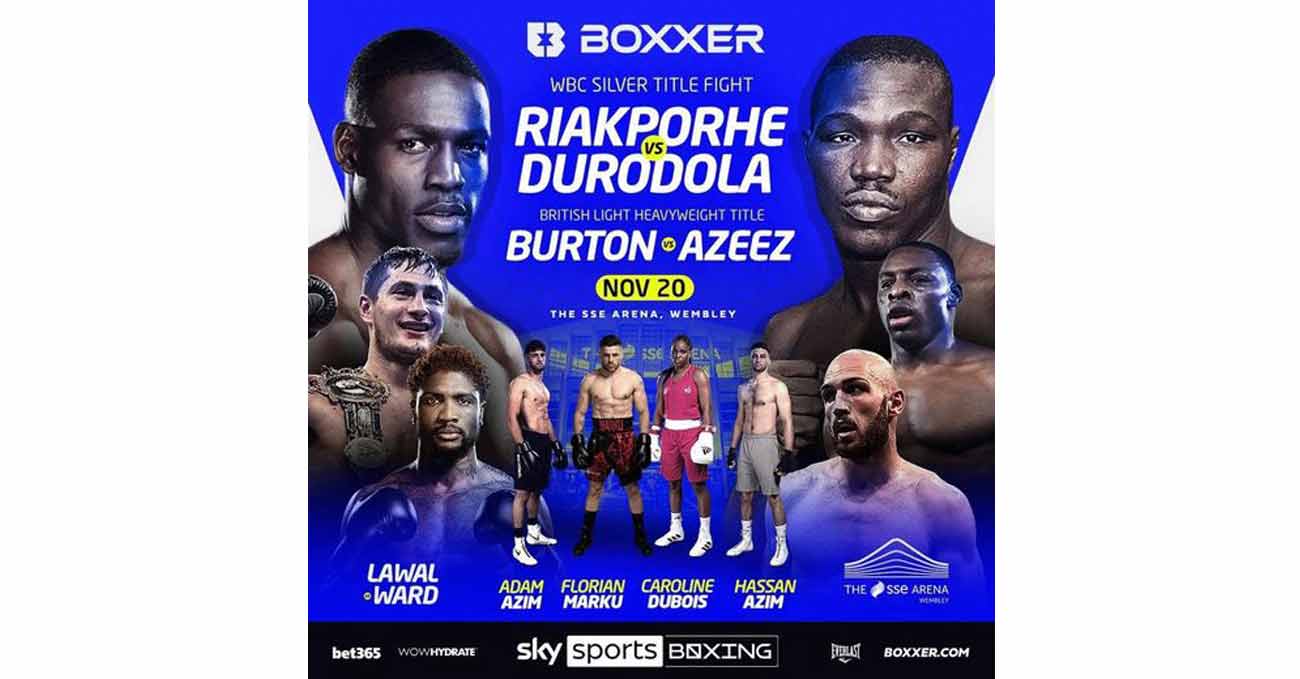 Review by AllTheBestFights.com: 2021-11-20, boxing fight not particularly good: Richard Riakporhe vs Olanrewaju Durodola gets two stars (take a look at our ranking of the Best Boxing Fights of 2021).
Durodola vs Riakporhe is the main event of the evening and it is valid for the vacant WBC Silver cruiserweight title. Watch the video and rate this fight!

The undefeated Richard Riakporhe entered this fight with a perfect record of 12-0-0 (8 knockouts) and he is ranked as the No.13 cruiserweight in the world.
In his last three bouts he has won over Chris Billam-Smith, Jack Massey and Krzysztof Twardowski.