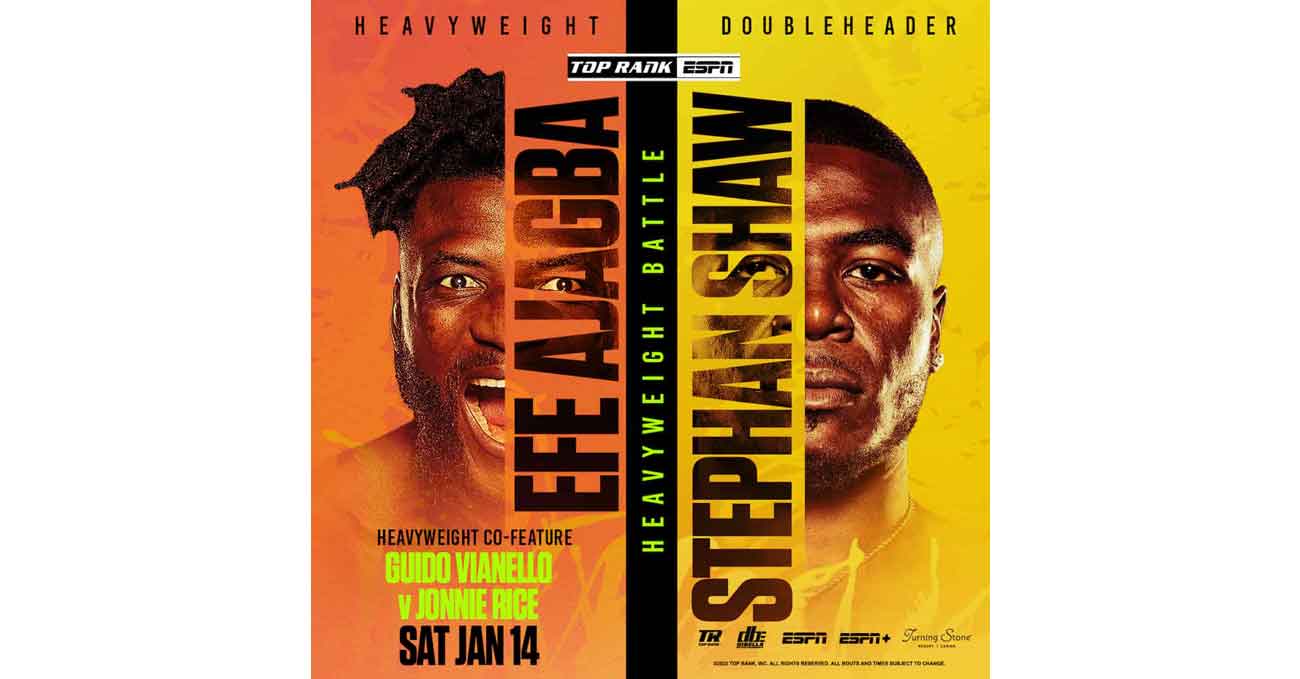 Review by AllTheBestFights.com: 2023-01-14, fight not particularly good: the boxing match Guido Vianello vs Jonathan Rice gets two stars.
Rice vs Vianello is scheduled to take place Saturday, January 14th, at the Turning Stone Resort & Casino in New York (USA), in a 10-round heavyweight (over 200 lbs, 90.7 kg) bout; it is on the undercard of Efe Ajagba vs Stephan Shaw. Watch the video and rate this fight!

The undefeated Guido Vianello entered this fight with a boxing record of 10-0-1 (9 KOs=90%) and he is ranked as the No.96 heavyweight in the world.
The only man who stopped him in a draw was Kingsley Ibeh in 2020, since then he has beat Marlon Williams, Rafael Rios and Jay McFarlane.