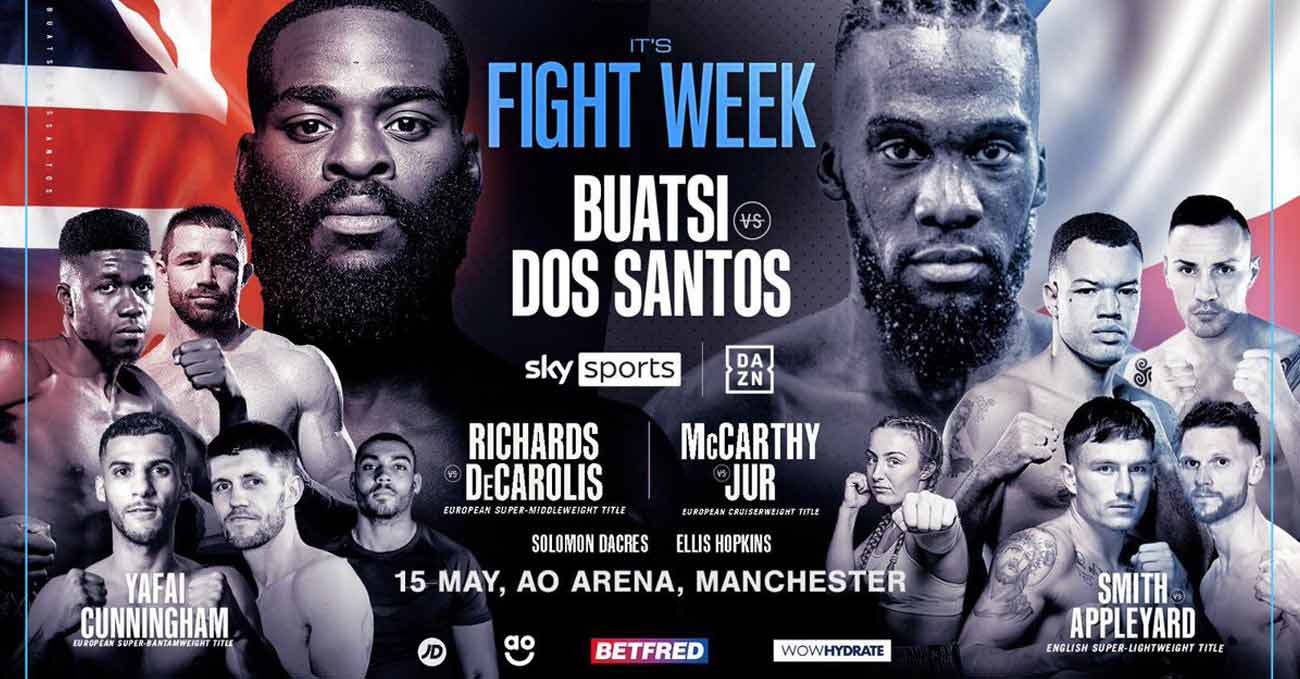 Review by AllTheBestFights.com: 2021-05-15, boxing fight not so exciting: Lerrone Richards vs Giovanni De Carolis gets two stars ( take a look at our ranking of the Best Boxing Fights of 2021).
De Carolis vs Richards is valid for the vacant EBU European super-middleweight title; undercard of Joshua Buatsi vs Daniel Blenda Dos Santos. Watch the video and rate this fight!

The undefeated Lerrone Richards entered this fight with a perfect boxing record of 14-0-0 (3 knockouts) and he is ranked as the No.38 super middleweight in the world.
In his last three fights he has won over Tommy Langford, Lennox Clarke and Timo Laine.

His opponent, the former Wba super-Mw champion Giovanni De Carolis, has a record of 28-9-1 (13 knockouts) but he is not ranked as he hasn’t fought since June 21, 2019.
He lost to Bilal Akkawy in 2018 but then he has fought three times defeating Roberto Cocco, Dragan Lepei and Khoren Gevor.

Selection of the best videos about the fight Lerrone Richards vs Giovanni De Carolis. If you have seen the full fight you can rate it at the bottom of this post.