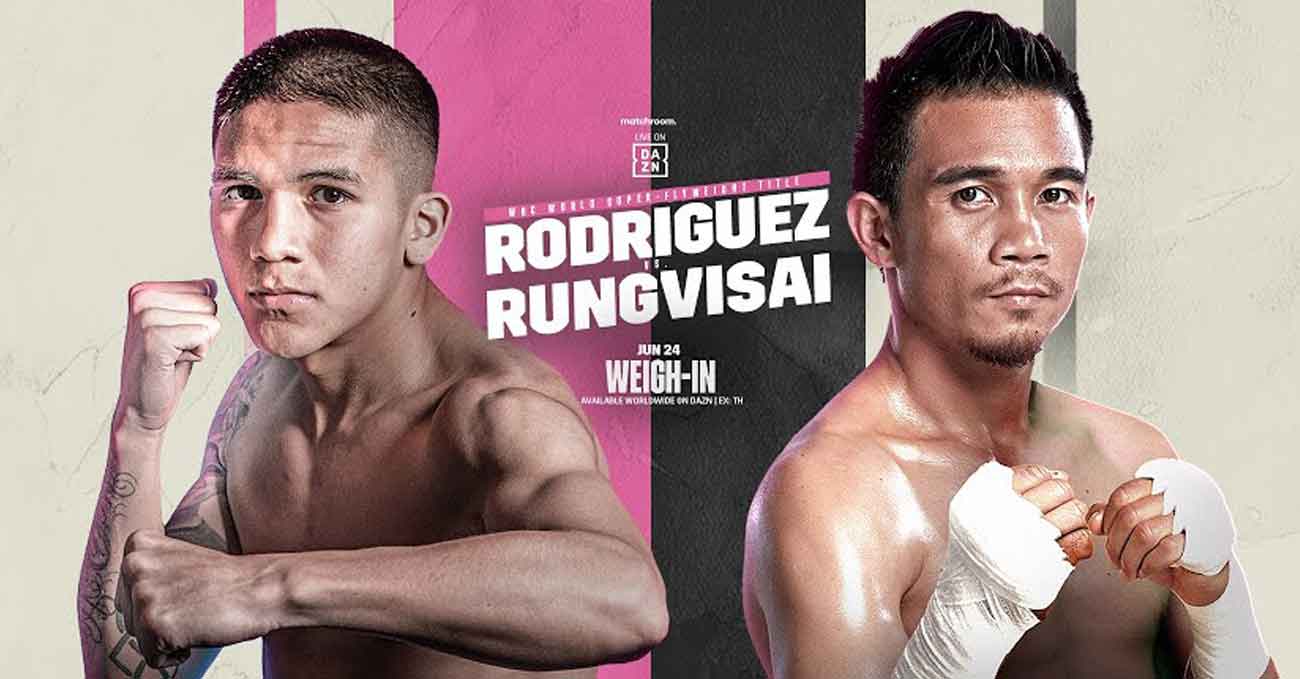 Review by AllTheBestFights.com: 2022-06-25, great boxing fight: Jesse Rodriguez vs Srisaket Sor Rungvisai gets three stars (take a look at our ranking of the Best Boxing Fights of 2022).
Rungvisai vs Rodriguez is the main event of the evening and it is valid for the WBC World super-flyweight title (Rodriguez’s first defense). Watch the video and rate this fight!

The undefeated Wbc super-Flw champion Jesse Rodriguez Franco entered this fight with a perfect boxing record of 15-0-0 (10 knockouts) and he is ranked as the No.8 super flyweight in the world (currently the #1 in this division is Roman Gonzalez).
In his last three fights he has beat Saul Juarez, Jose Alejandro Burgos and Carlos Cuadras (Carlos Cuadras vs Jesse Rodriguez Franco).