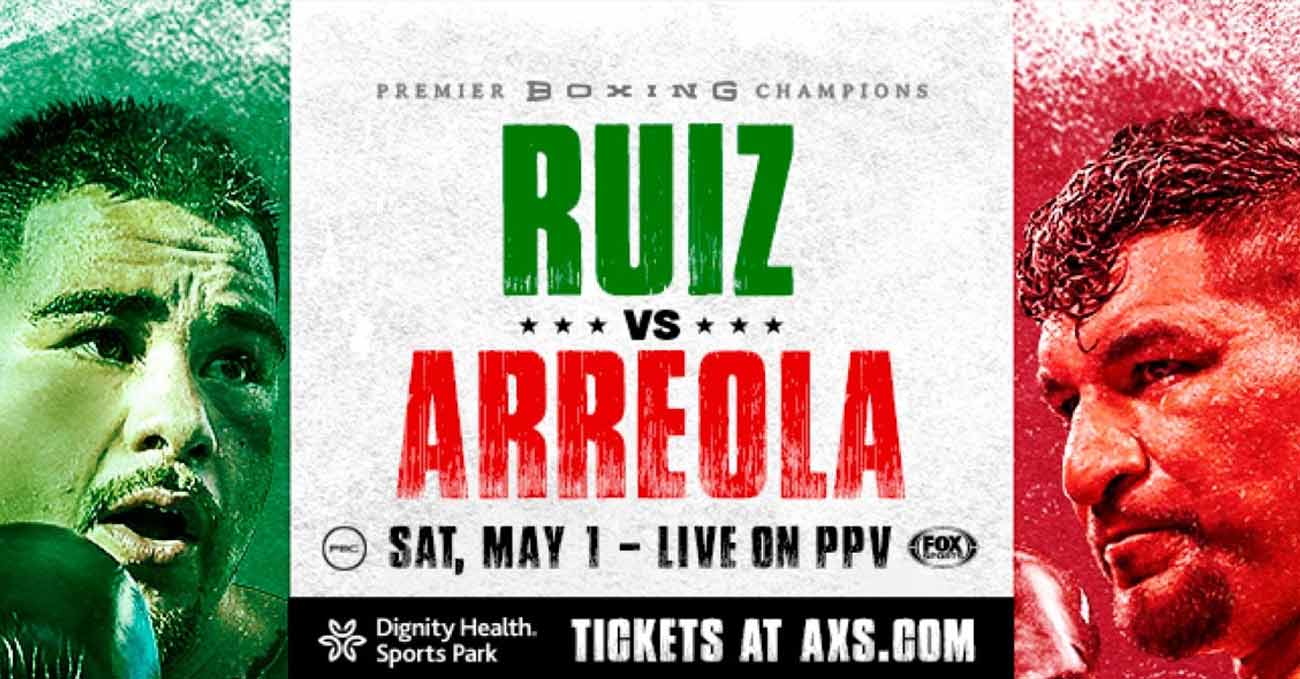 Review by AllTheBestFights.com: 2021-05-01, some good exchanges but it is not enough to get three stars: the boxing fight Andy Ruiz Jr vs Chris Arreola gets two (take a look at our ranking of the Best Boxing Fights of 2021).
Arreola vs Ruiz is the main event of the evening. Watch the video and rate this fight!

His opponent, Chris Arreola, has an official record of 38-6-1 (33 KOs=87%) but he is not ranked as he hasn’t fought since August 2019.
In his last three fights he has beat Maurenzo Smith, Jean Pierre Augustin and Adam Kownacki (Adam Kownacki vs Chris Arreola).

Selection of the best videos about the fight Andy Ruiz Jr vs Chris Arreola. If you have seen the full fight you can rate it at the bottom of this post.