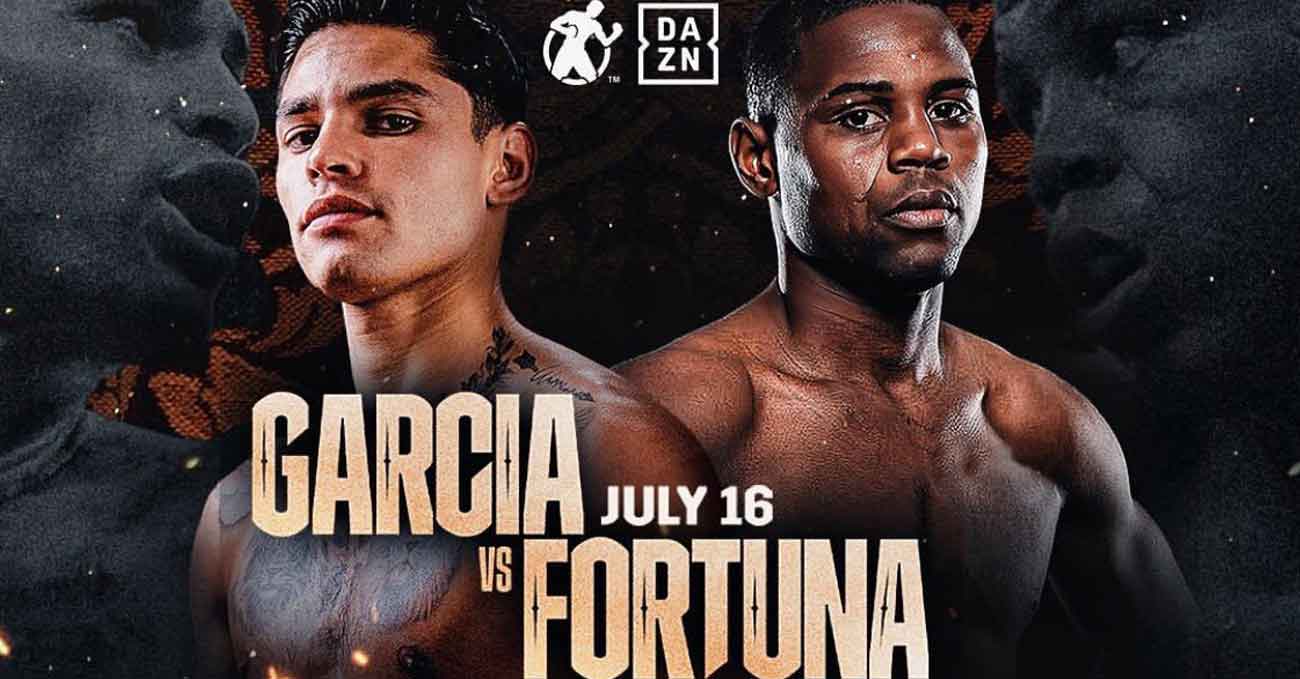 Review by AllTheBestFights.com: 2022-07-16, pretty good boxing match: Ryan Garcia vs Javier Fortuna gets three stars (take a look at our ranking of the Best Boxing Fights of 2022).
Fortuna vs Garcia is scheduled to take place Saturday, July 16th, 2022 at the Crypto.com Arena in Los Angeles (California, USA); it is the main event of the evening and it is scheduled for 12 rounds, lightweight (135 lbs, 61.2 kg). Watch the video and rate this fight!

His opponent, the former world champ in two different weight classes Javier Fortuna, has an official record of 37-3-1 (26 knockouts) and he entered as the No.24 in the lightweight division.
In his last three matches he has defeated Antonio Lozada Jr (Javier Fortuna vs Antonio Lozada Jr) and Rafael Hernandez but between these two bouts he also lost to JoJo Diaz (Joseph Diaz vs Javier Fortuna).