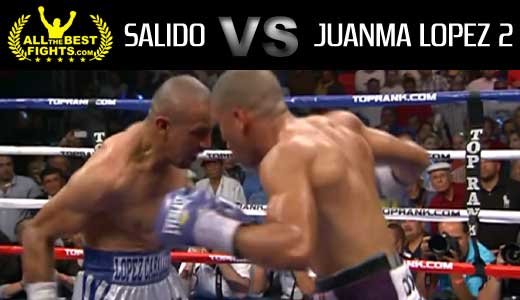 Review: 2012-03-10, after two tactical rounds, the war begins…one knockdown in the fifth period and three astonishing rounds: the 8th, 9th and 10th; Juanma Lopez vs Orlando Salido 2 could be a candidate for Fight of the Year 2012, five stars! Orlando Salido (37-11-2) entered as the No.1 featherweight in the world while Juan Manuel Lopez (31-1-0) entered as the No.3. Salido vs Lopez 2 is valid for the WBO featherweight title (Salido’s second defense); in their first fight Salido defeated Lopez by TKO (one of the best boxing fights of 2011). Watch the video!