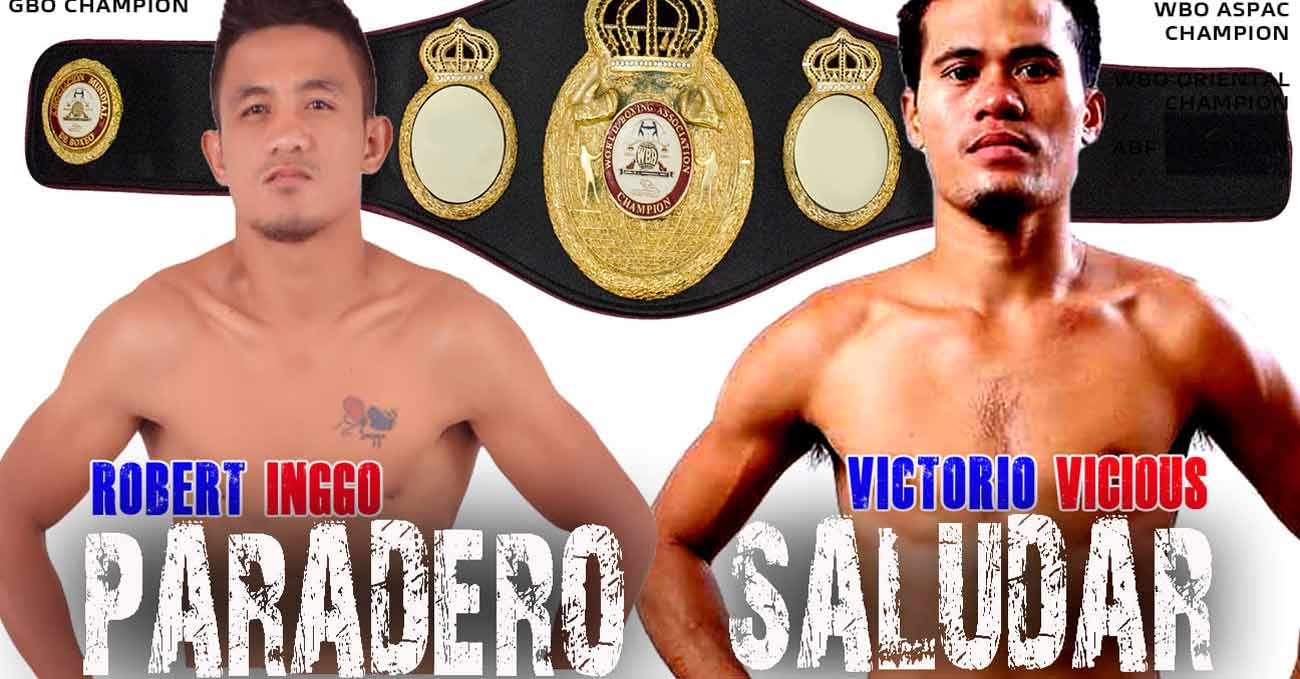 Review by AllTheBestFights.com: 2021-02-20, boxing fight not so exciting: Robert Paradero vs Victorio Saludar gets two stars. Saludar vs Paradero is the main event of the evening and it is valid for the vacant WBA World minimumweight title. Watch the video and rate this fight!

The undefeated Robert Paradero entered this fight with a perfect boxing record of 18-0-0 (12 knockouts) but he is not ranked as he hasn’t fought since April 5, 2019 when he defeated Jonathan Almacen.
Before this match he had also beat Royder Lloyd Borbon and Ian Ligutan.

His opponent, the former Wbo champion Victorio Saludar, has an official record of 20-4-0 (11 knockouts) and he entered as the No.7 minimumweight in the world.
He lost to Wilfredo Mendez in August 2019 but then he has won over Mike Kinaadman.

Selection of the best videos about the fight Robert Paradero vs Victorio Saludar. If you have seen the full fight you can rate it at the bottom of this post.