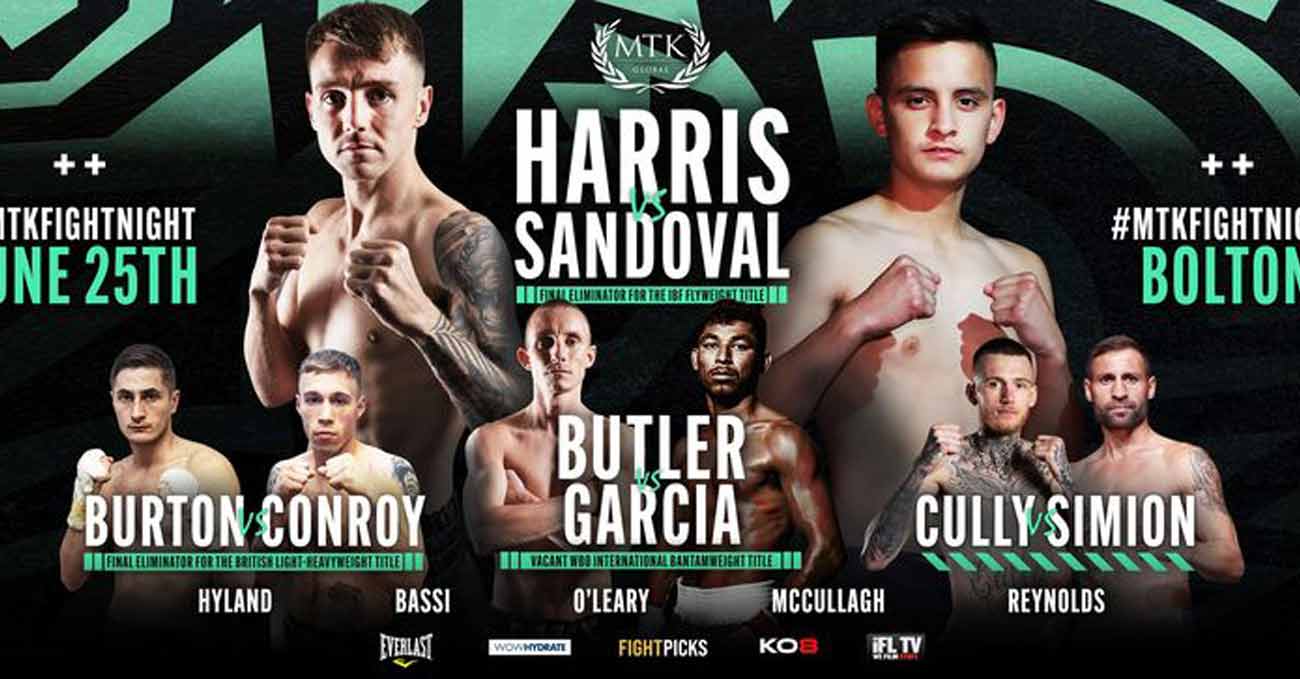 Review by AllTheBestFights.com: 2021-06-25, great performance by both fighters: the boxing fight Jay Harris vs Ricardo Rafael Sandoval gets three stars (take a look at our ranking of the Best Boxing Fights of 2021).
Sandoval vs Harris, IBF flyweight title eliminator, is the main event of the evening. Watch the video and rate this fight!

Jay Harris entered this fight with a professional boxing record of 18-1-0 (9 knockouts) and he is ranked as the No.11 flyweight in the world.
He fought twice last year suffering his first loss, against Julio Cesar Martinez Aguilar (Julio Cesar Martinez Aguilar vs Jay Harris) but then he beat Marcel Braithwaite (Jay Harris vs Marcel Braithwaite).
But if you want to watch one of Harris’ best fights, here is a 4-stars match of 2019: Jay Harris vs Paddy Barnes.

His opponent, Ricardo Rafael Sandoval, has an official record of 18-1-0 (13 knockouts) and he entered as the No.18 in the flyweight division.
He suffered his only loss when he faced Alonso Ceja in 2016, since then he has won 14 consecutive bouts beating Marco Sustaita, Gilbert Gonzalez and Raymond Tabugon in his last three.

Selection of the best videos about the fight Jay Harris vs Ricardo Rafael Sandoval. If you have seen the full fight you can rate it at the bottom of this post.