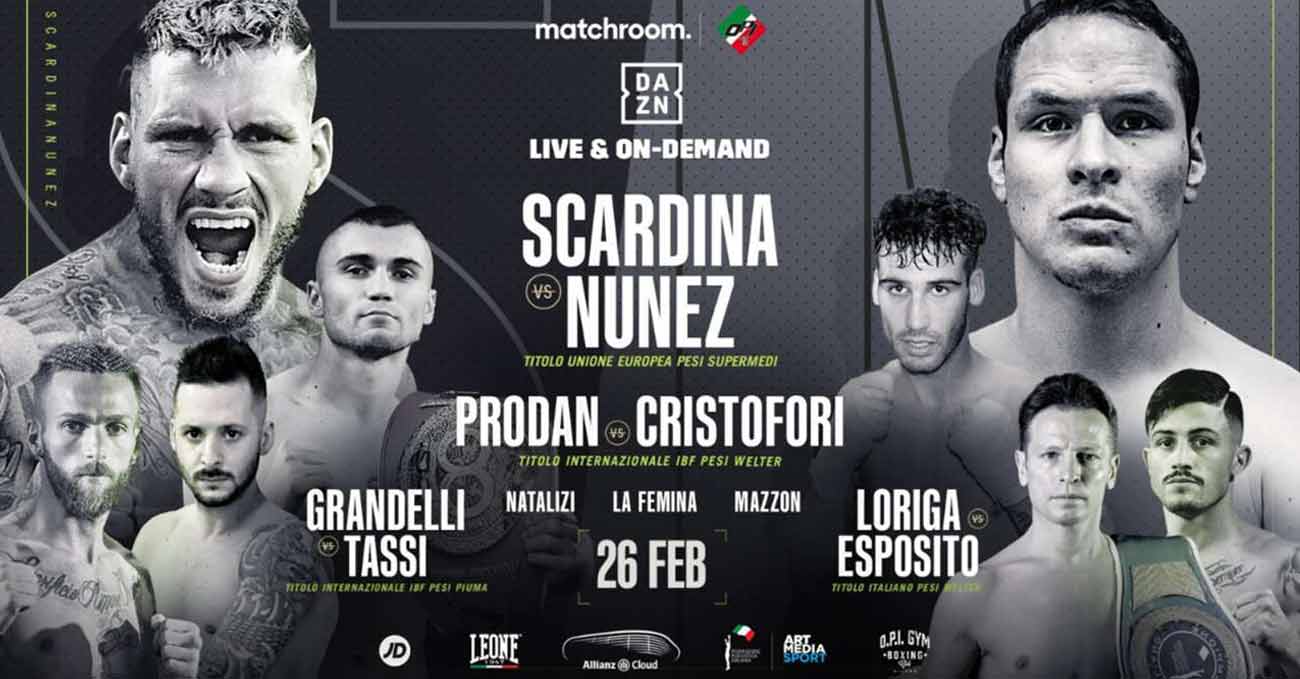 Review by AllTheBestFights.com: 2021-02-26, good boxing fight: Daniele Scardina vs Cesar Nunez gets three stars.
Nunez vs Scardina is the main event of the evening and it is valid for the vacant EBU European Union super-middleweight title. Watch the video and rate this fight!

The undefeated Daniele Scardina entered this fight with a perfect boxing record of 18-0-0 (14 KOs=78%) and he is ranked as the No.84 super middleweight in the world.
In his last three matches he has won over Henri Kekalainen, Alessandro Goddi and Ilias Achergui (Daniele Scardina vs Ilias Achergui).

His opponent, Cesar Nunez, has an official record of 17-2-1 (9 knockouts) and he entered as the No.100 in the super middleweight division.
He lost two consecutive bouts in 2019, against Vincent Feigenbutz (Vincent Feigenbutz vs Cesar Nunez) and Edgar Berlanga, but he came back to win with Alejandro Mostazo in 2020.

Selection of the best videos about the fight Daniele Scardina vs Cesar Nunez. If you have seen the full fight you can rate it at the bottom of this post.