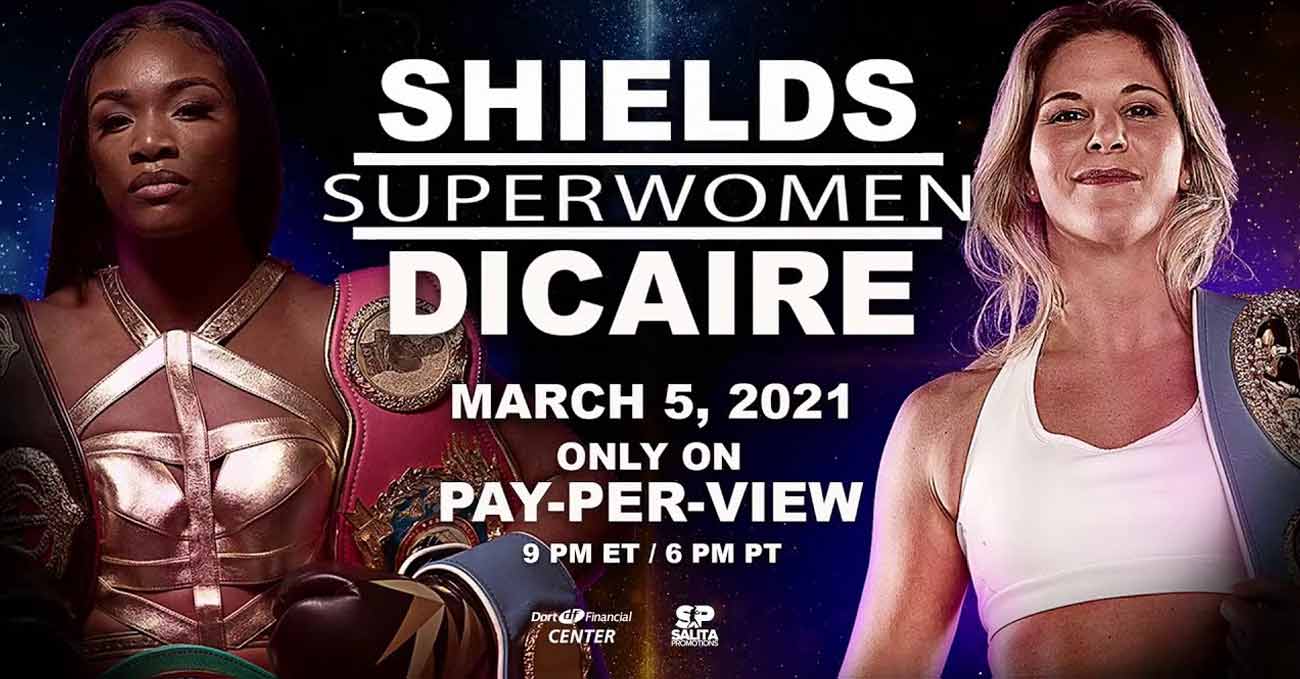 Review by AllTheBestFights.com: 2021-03-05, disappointing boxing fight: Claressa Shields vs Marie Eve Dicaire gets two stars.
Dicaire vs Shields is the main event of the evening and it is valid for the WBC, IBF, WBO and WBA Super World Female super-welterweight titles. Watch the video and rate this fight!

Her opponent, the undefeated current Ibf super-Ww champion Marie Eve Dicaire, has a record of 17-0-0 (0 knockouts) and she entered as the No.2 in the super welterweight division.
She fought three times in 2019 (but not in 2020) beating Mikaela Lauren, Maria Lindberg and Ogleidis Suarez.

Selection of the best videos about the fight Claressa Shields vs Marie Eve Dicaire. If you have seen the full fight you can rate it at the bottom of this post.