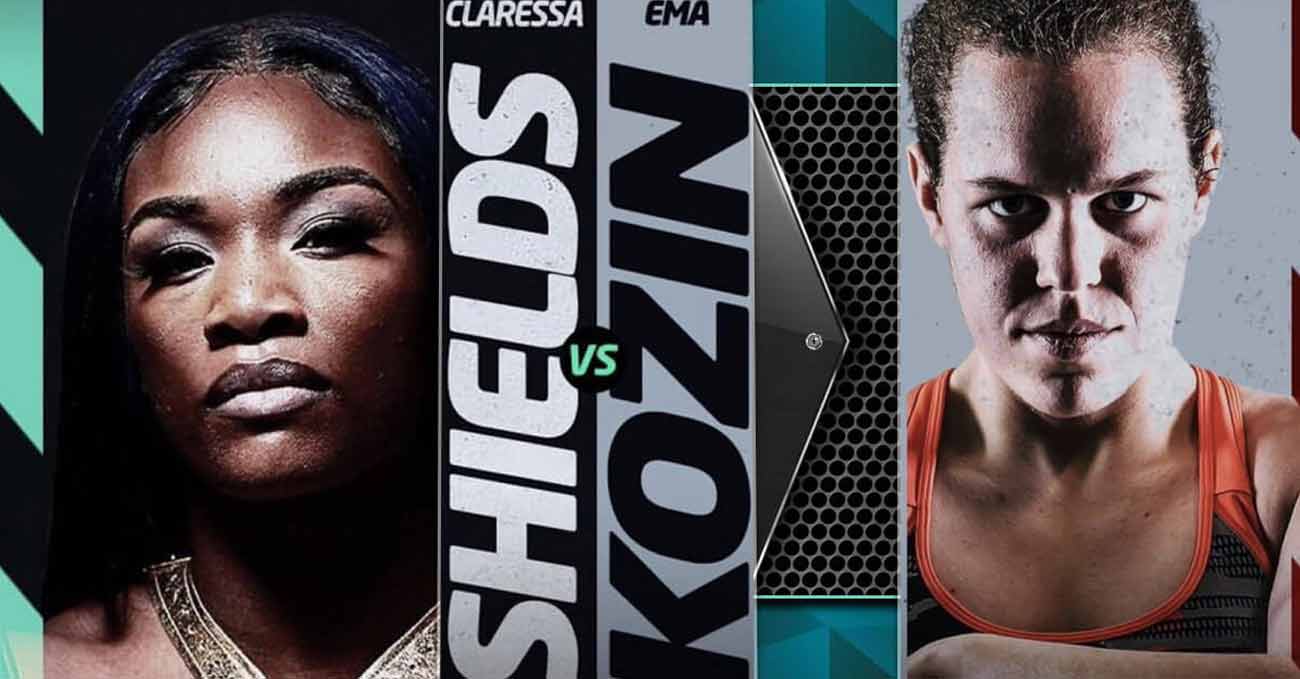 Review by AllTheBestFights.com: 2022-02-05, good pace with some nice exchanges: the boxing fight Claressa Shields vs Ema Kozin gets three stars (take a look at our ranking of the Best Boxing Fights of 2022).
Kozin vs Shields is valid for the WBC, WBA, IBF and WBF World female middleweight titles; undercard of Chris Eubank Jr vs Liam Williams. Watch the video and rate this fight!

Her opponent, also undefeated world champion in two different classes Ema Kozin, has an official record of 21-0-1 (11 knockouts) and she entered as the No.3 in the middleweight division.
The only boxer who stopped her in a draw was Irais Hernandez in 2018, after this match she has collected seven victories taking revenge on Hernandez and beating Chris Namus and Radana Knezevic in her last two.