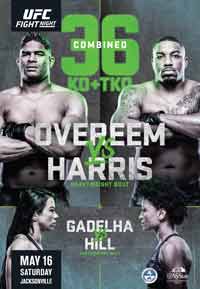 Review by AllTheBestFights.com: 2020-05-16, pretty good fight between Marlon Vera and Song Yadong: it gets three stars (UFC Fight of the Night).

The black belt in Brazilian jiu-jitsu Marlon Vera entered this fight with a pro record of 15-5-1 (87% finishing rate) and he is ranked as the No.19 bantamweight in the world. He lost two consecutive bouts between 2017 and 2018, against John Lineker (John Lineker vs Marlon Vera) and Douglas Silva de Andrade but then he has won five fights defeating Frankie Saenz, Nohelin Hernandez and Andre Ewell in 2019.
His opponent, Yadong Song, has an official mma record of 15-4-1 (60% finishing rate) and he entered as the No.26 in the same weight class. He lost to Renat Ondar in 2016 but since then he has collected seven victories and one draw, in his last bout, against Cody Stamann; before this fight, in 2019, he had also beat Alejandro Perez. Vera vs Song is on the undercard of Alistair Overeem vs Walt Harris – UFC on ESPN 8. Watch the video and rate this fight!