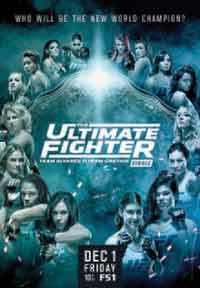 Review by AllTheBestFights.com: 2017-12-01, good finish between Brett Johns and Joe Soto: it gets three stars (UFC Performance of the Night).

The black belt in Brazilian jiu-jitsu and former Bellator Fw champion Joe Soto entered this fight with a mma record of 18-5-0 (83% finishing rate) and he is ranked as the No.14 bantamweight in the world. He lost three consecutive fights between 2014 and 2016, the last one with Michinori Tanaka, but then he has won over Chris Beal, Marco Beltran and Rani Yahya.
His opponent, the undefeated black belt in judo Brett Johns, has a perfect record of 14-0-0 (43% finishing rate) and he entered as the No.22 in the same weight class. Between 2016 and 2017 he has beat Kwan Ho Kwak and Albert Morales. Johns vs Soto is on the undercard of Nicco Montano vs Roxanne Modafferi – UFC Tuf 26 Finale. Watch the video and rate this fight!