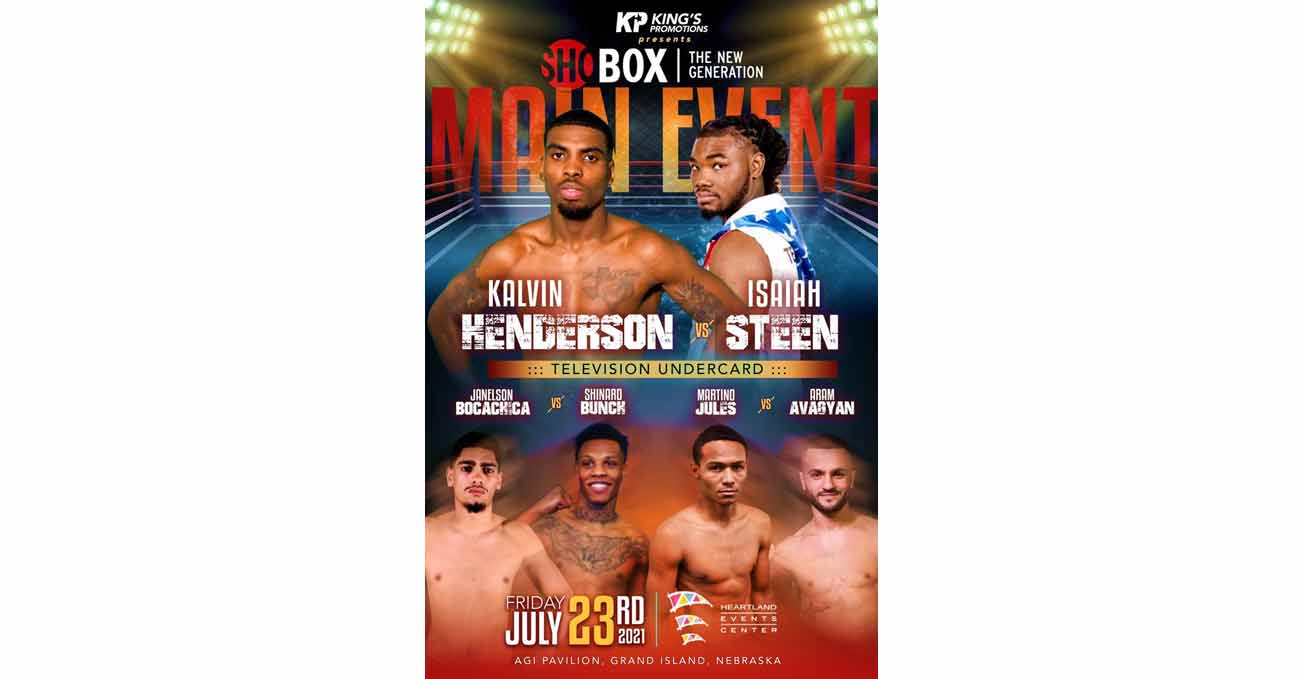 Review by AllTheBestFights.com: 2021-07-23, close match but not so exciting: the boxing fight Kalvin Henderson vs Isaiah Steen gets two stars (take a look at our ranking of the Best Boxing Fights of 2021).
Steen vs Henderson is the main event of the evening. Watch the video and rate this fight!

The undefeated Kalvin Henderson entered this fight with a professional record of 14-0-1 (10 knockouts) and he is ranked as the No.55 super middleweight in the world.
The only man who stopped him in a draw was Genc Pllana in 2019, since then he has fought twice beating Justin Baesman and Tevin Anderson,

His opponent, the undefeated Isaiah Steen, has a perfect boxing record of 15-0-0 (12 KOs=75%) and he entered as the No.55 in the middleweight division.
In his last three matches he has won over Gorjan Slaveski, Kenneth Council and Juan De Angel.