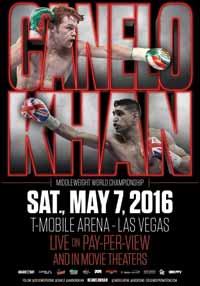 Review by AllTheBestFights.com: 2016-05-07, pretty good fight between Curtis Stevens and Patrick Teixeira: it gets three stars.

The undefeated Patrick Teixeira entered this fight with a perfect record of 26-0-0 (22 KOs=85%) and he is ranked as the No.39 middleweight in the world. He fought twice in 2015 beating Patrick Allotey and Don Mouton.
His opponent, Curtis Stevens, has a boxing record of 27-5-0 (20 knockouts) but he is not ranked as he hasn’t fought since October 1, 2014 when he was defeated by Hassan N’Dam N’Jikam (=Stevens vs N’Dam N’Jikam). Teixeira vs Stevens is on the undercard of Saul Alvarez vs Amir Khan. Watch the video and rate this fight!