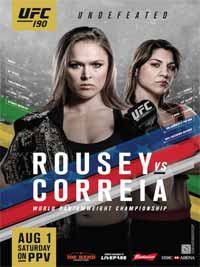 The black belt in Bjj and judo and former Pride and Ufc Hw champion Antonio Rodrigo ‘Minotauro’ Nogueira entered this fight with a pro mma record of 34-9-1 (71% finishing rate) but he is not ranked as he hasn’t fought since April 11, 2014 when he was defeated by Roy Nelson (=Nogueira vs Nelson). Before this bout he had already lost to Fabricio Werdum (=Nogueira vs Werdum 2).
His opponent, Stefan Struve, has an official record of 25-7-0 (92% finishing rate) and he entered as the No.37 heavyweight in the world but he comes off two consecutive defeats as well, against Mark Hunt (=Struve vs Hunt) and Alistair Overeem (=Overeem vs Struve). ‘Minotauro’ Nogueira vs Struve is on the undercard of Ronda Rousey vs Bethe Correia – UFC 190. Watch the video and rate this fight!