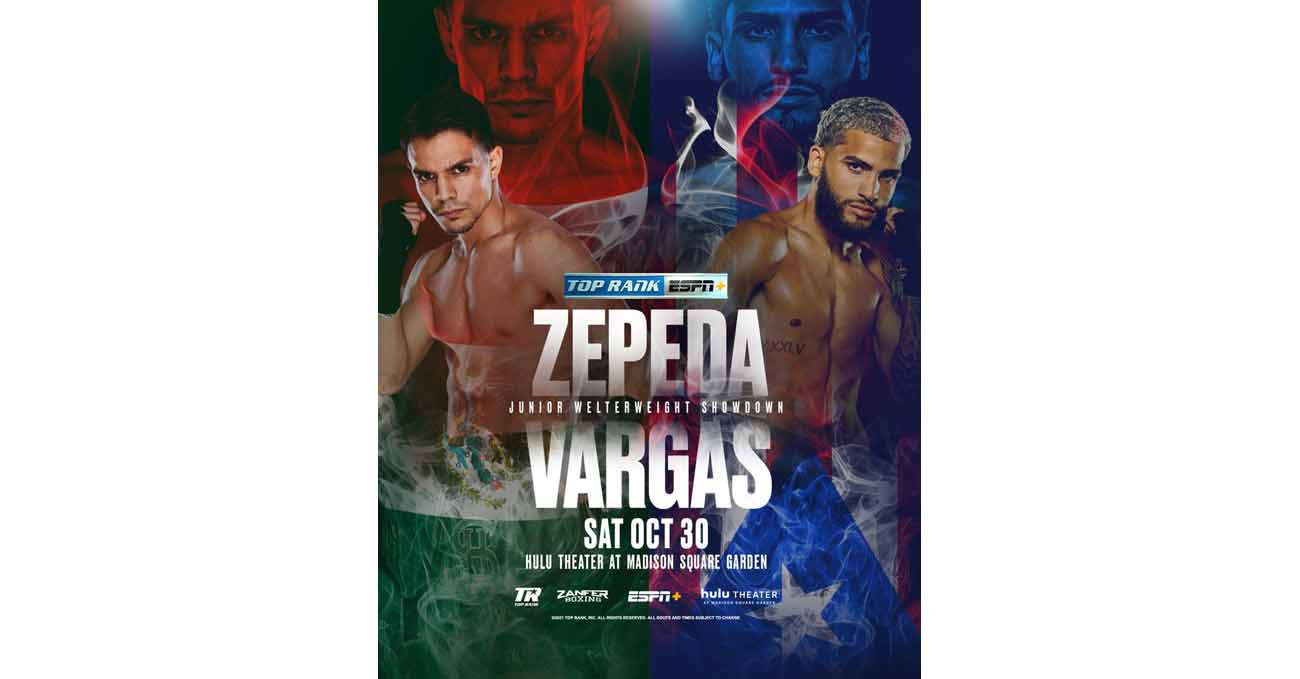 Review by AllTheBestFights.com: 2021-10-30, great boxing fight: Carlos Caraballo vs Jonas Sultan gets three stars (take a look at our ranking of the Best Boxing Fights of 2021).
Sultan vs Caraballo is on the undercard of Jose Zepeda vs Josue Vargas . Watch the video and rate this fight!

The undefeated Carlos Caraballo entered this fight with a perfect boxing record of 14-0-0 (14 KOs=100%) and he is ranked as the No.33 bantamweight in the world.
In his last three matches he has won over Esteban Aquino, Mike Oliver and Leonardo Baez.

His opponent, Jonas Sultan, has an official record of 17-5-0 (11 knockouts) and he entered as the No.18 in the bantamweight division.
He lost to Athenkosi Dumezweni in 2019 but then he has beat Salatiel Amit and Sharone Carter.