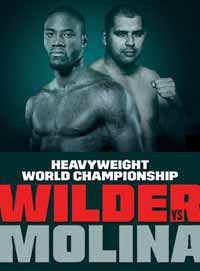 Review by AllTheBestFights.com: 2015-06-13, some good shots between Julian Williams and Arman Ovsepyan but it is not enough to get three stars: it gets two.

The undefeated Julian Williams entered this fight with a professional boxing record of 19-0-1 (11 knockouts) and he is ranked as the No.12 super welterweight in the world. The only man who stopped him in a draw was Francisco Santana in 2011, since then he has collected 13 victories and one no-contest.
His opponent, Arman Ovsepyan, has an official record of 14-4-0 (11 KOs=78%) but he is not ranked as he hasn’t fought since May 17, 2014 when he was defeated by Brad Solomon. Williams vs Ovsepyan is on the undercard of Deontay Wilder vs Eric Molina. Watch the video and rate this fight!