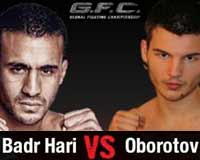 Review: 2014-05-29, close fight but not so exciting: Arnold Oborotov vs Peter Graham gets two stars. Arnold Oborotov entered this fight with a pro kickboxing record of 32-6-1 (19 knockouts) and he comes off three consecutive wins (two of which in 2014).
His opponent, the 38-year-old Peter Graham (14 years older than Oborotov), has a record of 58-12-1 (32 knockouts), he fought just once last year as a kickboxer, because he signed with Bellator Mma in July 2013. Oborotov vs Graham is the semifinal of Global Fc heavyweight tournament; undercard of Peter Aerts vs Dewey Cooper – GFC 3. Watch the video and rate this fight! 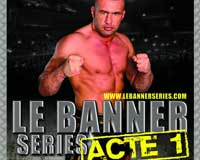