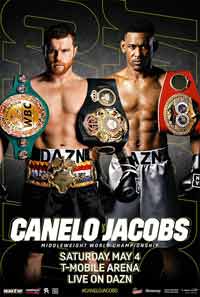 Review by AllTheBestFights.com: 2019-05-04, pretty good finish between John Ryder and Bilal Akkawy but it is not enough to get three stars: it gets two.

John Ryder entered this fight with a record of 27-4-0 (15 knockouts) and he is ranked as the No.7 super middleweight in the world (currently the #1 in this division is Callum Smith). He lost to Rocky Fielding in 2017 (via split decision) but then he has beat Patrick Nielsen (Patrick Nielsen vs John Ryder), Jamie Cox (John Ryder vs Jamie Cox) and Andrey Sirotkin (John Ryder vs Andrey Sirotkin).
His opponent, the undefeated Bilal Akkawy, has a boxing record of 20-0-1 (16 KOs=80%) and he entered as the No.27 in the same weight class. The only man who stopped him in a draw was Joe Rea in 2015, since then he has won 10 consecutive bouts defeating Hugo Medina Perez in his last one. Ryder vs Akkawy is valid for the interim WBA World super middleweight title; undercard of Saul Canelo Alvarez vs Daniel Jacobs. Watch the video and rate this fight!