Review: 2014-11-28, pretty good fight between Ruslan Provodnikov and Jose Luis Castillo: it gets three stars. Ruslan Provodnikov entered this fight with a professional boxing record of 23-3-0 (16 knockouts) and he is ranked as the No.7 light welterweight in the world, he won the Wbo light-Ww title at the end of 2013 beating Mike Alvarado in one of the best boxing fights of the year (=Alvarado vs Provodnikov) but then he lost the belt in his only fight of 2014, when he faced Chris Algieri (=Provodnikov vs Algieri).
His opponent, the 40-year-old Jose Luis Castillo (10 years older than Provodnikov), has an official record of 66-12-1 (57 KOs=86%), he was the Wbc Lw champion from June 2000 to April 2002, and from June 2004 to May 2005 when he lost to Diego Corrales (“The Ring magazine” Fight of the Year 2005, Corrales vs Castillo I). Castillo fought three times between 2013 and 2014, losing to Antwone Smith (=Smith vs Castillo) but then he defeated Felix Bojorquez and Jose Luis Payan. Provodnikov vs Castillo is the main event of the evening. Watch the video and rate this fight!

Review: 2012-07-13, aggressive start, one knockdown and high pace: the fight between Jose Luis Castillo and Ivan Popoca is close to get four stars. Jose Luis Castillo ranked as the No.80 welterweight in the world, entered the fight with a record of 63-11-1 while Ivan Popoca had a record of 15-1-1 (Popoca is not ranked as he hasn’t fought since April 15, 2011 when he was defeated by Ruslan Provodnikov). Castillo vs Popoca is on the undercard of Glen Johnson vs Andrzej Fonfara. Watch the video! 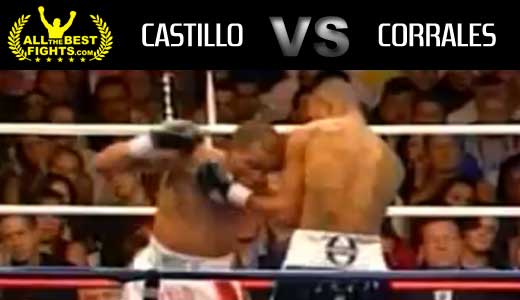 Review: also the second fight between Jose Luis Castillo and Diego Corrales was one of the most spectacular matches of 2005. It had passed only 5 months from the first fight and this time Jose Luis “El Terrible” Castillo takes his revenge winning by knockout at fourth round (this time there were no titles at stake). Watch the video! 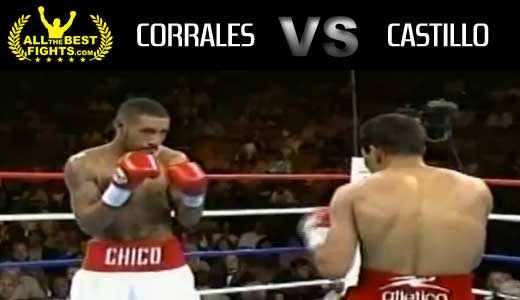