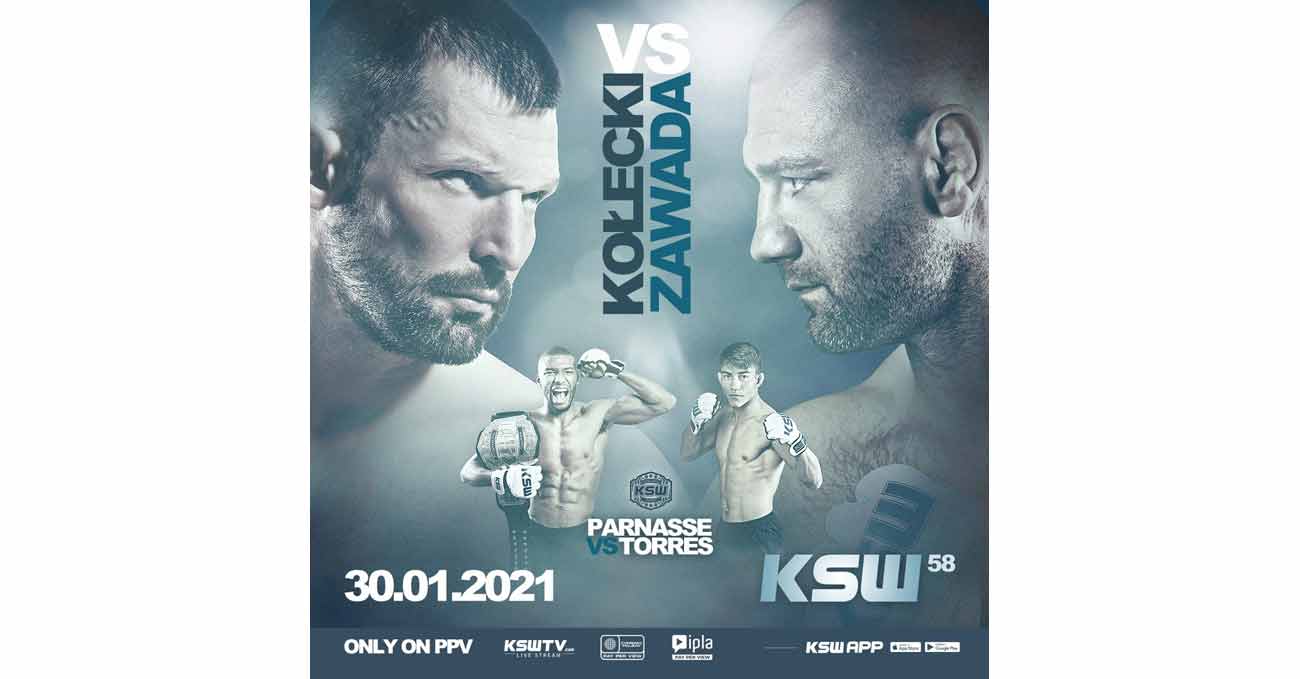 Review by AllTheBestFights.com: 2021-01-30, mma fight not so exciting: Salahdine Parnasse vs Daniel Torres gets two stars.
The undefeated Ksw Fw champion Salahdine Parnasse entered this fight with a professional mma record of 14-0-1 (43% finishing rate) and he is ranked as the No.28 featherweight in the world. The only man who stopped him in a draw was LiGe Teng in 2016, since then he has collected ten consecutive victories taking revenge on Teng and beating Roman Szymanski and Ivan Buchinger in 2019.
His opponent, Daniel Torres, has an official record of 11-4-0 (55% finishing rate) and he entered as the No.86 in the same weight class. ‘Tucanao’ Torres was defeated by Roman Szymanski in 2018 but then he has won three matches beating Ahmed Vila, Filip Pejic and Max Coga. Torres vs Parnasse, main event of the KSW 58, is valid for the KSW featherweight title. Watch the video and rate this fight!