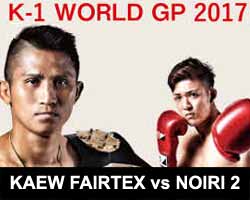 END_OF_DOCUMENT_TOKEN_TO_BE_REPLACED

Review: 2011-12-09, the final of the KRUSH Youth GP 2011 (under 22 tournament) between Masaaki Noiri and Koya Urabe (red gloves) ended with one of the best ko’s of the year (flying knee at the end of the first round). Masaaki Noiri, ranked as the No.16 super lightweight in the world, entered the fight with a record of 9-2-0 while Koya Urabe had a record of 16-2-0. In the semifinals Noiri defeated Hiroya by unanimous decision while Urabe won Yukimitsu Takahashi (but both fights were not very exciting). Watch the video!

END_OF_DOCUMENT_TOKEN_TO_BE_REPLACED

Review: 2011-06-25, it was not very exciting the final of the K-1 WORLD MAX -63kg Japan Tournament between Yuta Kubo and Koya Urabe (for both was the third match of the evening). Yuta Kubo defeated Koya Urabe by unanimous decision (first video) but he fought better in the semifinal against Masaaki Noiri (

video at the bottom of this post). Watch the videos!

Video of the final Yuta Kubo vs Koya Urabe: