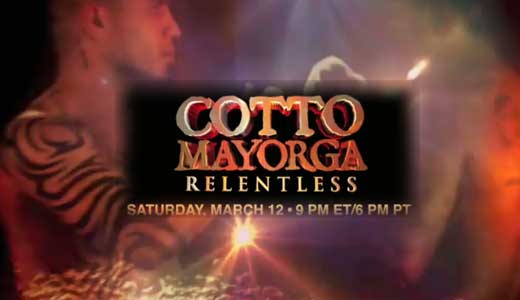 Saturday, March 12, is scheduled one of the best boxing’s events of 2011, especially for highly spectacular fighting in the fight card. The main fight will be Miguel Angel Cotto vs Ricardo Mayorga, valid for the WBA Super World light middleweight title: Cotto is the number one in his category (light middleweight boxrec ranking) and in his last fight, against Foreman, seemed to have regained the explosiveness and power of former times, instead Mayorga, though he is not ranked at the top of the class, is always a spectacular and dangerous fighter. But in the same evening will fight also Leonardo Zappavigna vs Miguel Vazquez, two very young (class 1987) and spectacular boxers that will fight for