Review: 2014-03-08, great performance by both fighters: Jorge Linares vs Nihito Arakawa gets three stars. Jorge Linares entered this fight with a boxing record of 35-3-0 (23 knockouts) and he is ranked as the No.40 lightweight in the world, he suffered two out of his three defeats between 2011 and 2012, one against Antonio DeMarco (=DeMarco vs Linares) and then he lost to Sergio Thompson (=Linares vs Thompson); since then he collected four consecutive wins.
His opponent, Nihito Arakawa, has an official record of 24-3-1 (16 knockouts) and he entered as the No.36 in the same weight class, he is a classic Japanese fighter who likes war-fights like in his last battle against Omar Figueroa (bout candidate for Fight of the Year 2013, Figueroa vs Arakawa). Linares vs Arakawa is on the undercard of Saul Alvarez vs Alfredo Angulo. Watch the video and rate this fight! 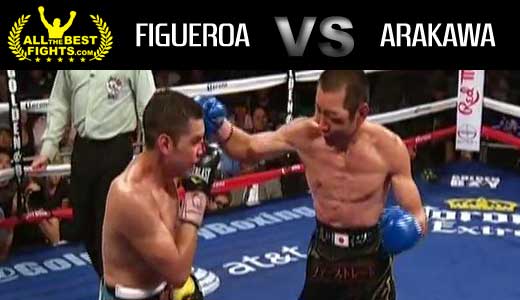 Review: 2013-07-27, the fight between Omar Figueroa Jr and Nihito Arakawa was an absolute war from the first bell: a toe-to-toe battle with two knockdowns and a tremendous pace…everything you could want from a candidate for Fight of the Year 2013, it gets five stars! Congratulations to both boxers for the amazing performance, Compubox punching statistics showed that ‘Panterita’ Figueroa landed a total of 480 of 942 punches (51% accuracy rate) compared to 280 of 1170 for Arakawa (24% accuracy rate). The undefeated Omar Figueroa (21-0-1, 17 KOs) entered as the No.23 lightweight in the world while Nihito Arakawa (24-2-1, 16 KOs) entered as the No.14. Figueroa vs Arakawa is valid for the interim WBC lightweight title; undercard of Andre Berto vs Jesus Soto Karass. Watch the video! 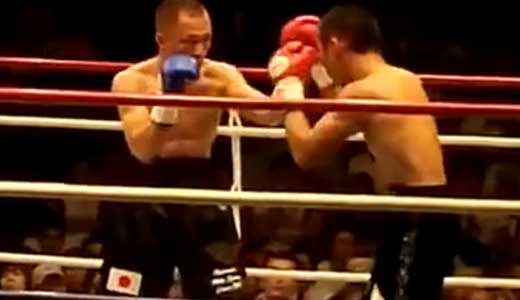 Review: 2012-08-13, probably the bout between Nihito Arakawa and Takehiro Shimada is not very technical but the pace is astonishing thanks to the great performance by both fighters: Shimada vs Arakawa (red gloves) is a tough, exciting toe-to-toe fight with two knockdowns, definitely one of the best boxing fights of the year, four stars! Nihito Arakawa (22-1-1) entered as the No.6 lightweight in the world while Takehiro Shimada (27-5-1) entered as the No.46. Arakawa vs Shimada is valid for the OPBF lightweight title (Arakawa’s second defense). Watch the video!