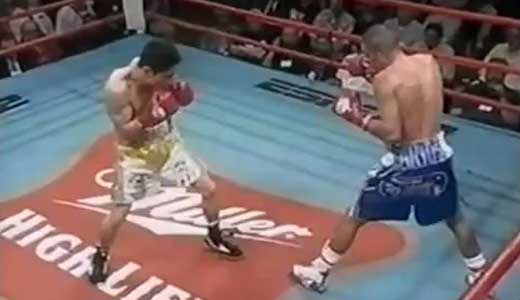 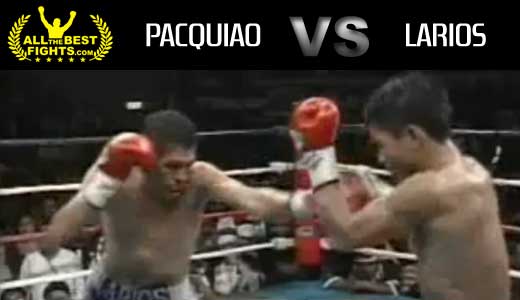 Review: Manny Pacquiao backs to fight in the Philippines in 2006 against Mexican Oscar Larios. Pacquiao defended for the second time his WBC International super featherweight title and would not disappoint his people, but Larios, even if this was the first match in the super featherweight division, like all Mexicans sold his life dearly: very nice fight with two knockdwons, five stars! Watch the video!